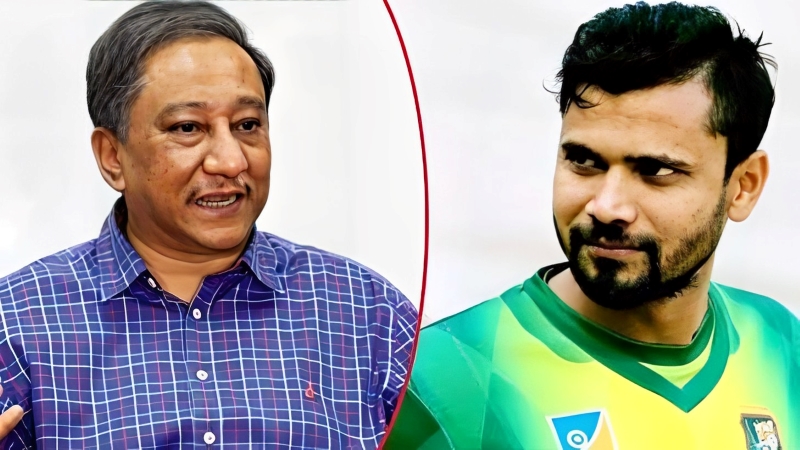 Mashrafe Bin Mortaza is one of the legendary cricketers in Bangladesh cricket history. The most successful captain in the history of Team Bangladesh said goodbye to international cricket several years ago. But still playing in the domestic league, with the love of twenty two yards. How will Mashrafe be as a cricket administrator? BCB President Nazmul Hasan Papon himself wants Mashrafe to come to the Bangladesh Cricket Board.

According to the Bangladesh Cricket Board (BCB) president, cricket will improve if people like Mashrafe are on the board. He himself even invited Narail Express to come to BCB in a recent interview. Of course, the current board president is also thinking that Mashrafe can come anywhere now! Because he is now busy in the field of politics.

Mashrafe Shakib Al Hasan has recently opened up about BCB’s administrative activities. In an interview given to the media at that time, Papon said, “Mashrafi is a great cricketer in his cricket career. We want Mashrafe in the Bangladesh Cricket Board. He will actually improve cricket. But we have to think whether he has time or not. He is now an honorable member of parliament, busy with politics. . We will get him in less time to play. We can’t give him a responsibility at will. If someone new comes to BCB, he needs to be given plenty of time.”

However, earlier Mashrafe also expressed his desire to come on board. After hanging up the red-green jersey, the former captain told the media that he is interested in working for Bangladesh cricket. However, Mashrafe did not say anything about whether he wants to work in any position or whether he wants to be the board president or not. Now, according to Papon, the issue of 2021 is also coming up again.

However, Mashrafe will have to settle one more account if he wants to take over the responsibility of the board. As per rules, no one can participate in the field game if they are on administrative duty. In that case, Mashrafe will have to leave all domestic tournaments including Bangladesh Premier League (BPL), Dhaka Premier League (DPL) before taking charge of the board. where he is still playing.

However, Mashrafe has not yet responded to Papon’s proposal. Currently he is busy with BPL. This time Mashrafe is the captain of Sylhet in BPL. His team has won 3 matches under his leadership. Sylhet is dreaming of winning the BPL title riding on his shoulders.