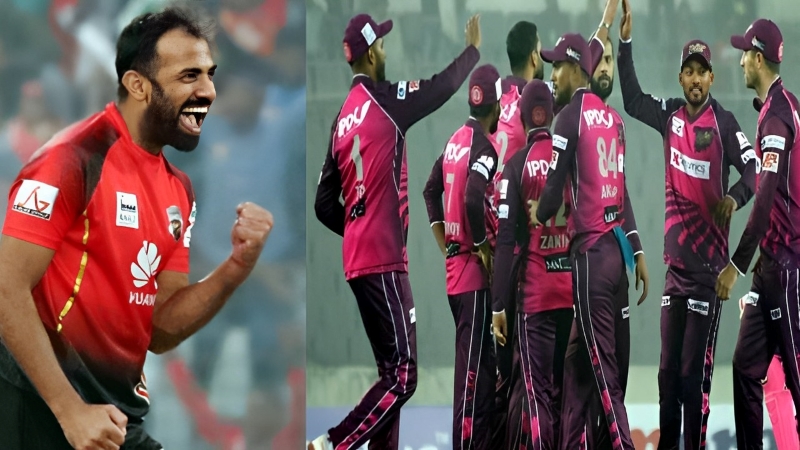 BPL was once after IPL in terms of popularity. But now the Bangladesh Premier League has become a dilapidated state. Not as crazy as before. But what is the reason for the sudden decline in the popularity of this league? Wahab Riaz, the Pakistani cricketer who played for Khulna Tigers in BPL, gave this reason.

In an interview, Wahab Riaz said, “Cricket has changed a lot with time. Last two years, because of Corona, franchise leagues around the world have been difficult. Corona has affected everything. I think BPL is a tournament full of great competition. Cricket is not easy here. Batter or bowler. As a matter of fact you have to work hard for the condition. To be successful you have to give your best. Spinners are doing well in BPL, as a pacer you have to be very perfect to perform. The best cricketers from different countries come to play here. I am also looking forward to doing well.”

Riaz also claimed that BPL did not lose attraction. However, he insisted on the decision of the umpire not relying on ADRS. He said, “BPL is being discussed and criticized, but this tournament has not lost anything. Corona has made life difficult for people. Corona has also made all the franchise leagues difficult for the last two years. It takes time for people to return to normal life. The more cricket, the better.” The quality of BPL will also be good going forward.

Riaz added, “To be honest, ADRS is creating problems. It happened to us in one match too. If you say my preference, I will let the umpire decide without ADRS. It will reduce the controversy. It actually creates doubt for both the batsmen and the bowlers. So there are unnecessary controversies. So umpires should be allowed to judge and choose the best to avoid controversies. Hope these things will be emphasized in BPL in the coming days.”

Meanwhile, BPL has given birth to one controversy after another since its inception. There is strong criticism about umpiring. However, the controversial umpiring has been explained by the BCB. There is a big difference between ICC rules and ADRS rules. Criticism on social media does not stop with this. The ninth season of BPL started from January 6. This season will end on February 16.