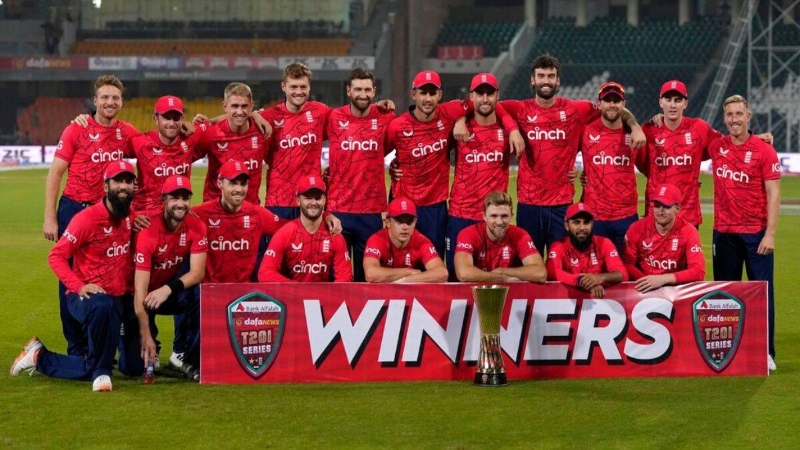 It was unfortunate that the series finale was in such little danger, given that it featured some of the best international T20 cricket. This was caused by England’s overall solid team performance, starting with their score of 209 for 3, which forced Pakistan to launch a world-record chase at the Gaddafi Stadium. They eventually finished on 142 for 8 from their 20 overs, with no moment in which they even remotely threatened to make it. With a victory by 67 runs fourth-largest Pakistan margin in the format, adroit bowling clinched a 4-3 series triumph for England.

England won by 67 runs in Lahore because of solid performances from Dawid Malan and Chris Woakes. With the victory, the guests won the series 4-3 over the course of the previous two weeks.

While batting first, England made a good start with Alex Hales and Phil Salt, but they could not turn it into a significant total. Near the end of the powerplay, Dawid Malan entered the game and immediately appeared to be in excellent form as he effortlessly filled the gaps. England kept the scoreboard updated with the help of Ben Duckett.

When Duckett was run out after scoring 30 runs off just 19 balls, a 54-run stand with Malan ended. Harry Brook launched a brilliant assault on them just as it looked like Pakistan had found a gap.

In the series-deciding game, the left-right combination of Brook and Malan set up a century stand that brought England above 200 runs. Malan made it to the series’ first fifty and eventually reached an unbeatable 78. Harry Brook also set a 210-target for Pakistan by remaining unbeaten on 46 off just 31 balls.

Mohammad Rizwan and Babar Azam were dismissed in the first two overs of the chase, putting Pakistan under early pressure. Iftikhar Ahmed did not stay for very long either, as the hosts quickly dropped to 33/3.

Shan Masood and Khushdil Shah kept the scoreboard moving, but the latter eventually tried to go for a big smash and lost his wicket because to the increasing run rate. As Pakistan continued to descend into an abyss, figures like Asif Ali and Mohammad Nawaz also shied away from contributing.

Masood, meanwhile, cemented his reputation as a middle-order batsman by scoring yet another fifty-plus in a futile effort. In response, the hosts could only muster 142/8, giving England a 67-run victory. Thus, the visitors won the seven-match series 4-3.

The lack of effort to reach the opportunity and the bowler’s lack of protest indicated that the game was over long before it ended. However, the overarching impression following these seven games was how long Pakistani tours by English teams have been overdue. That is the most noteworthy benefit of this series, especially in light of the World Cup.

Player of the Series – Harry Brook 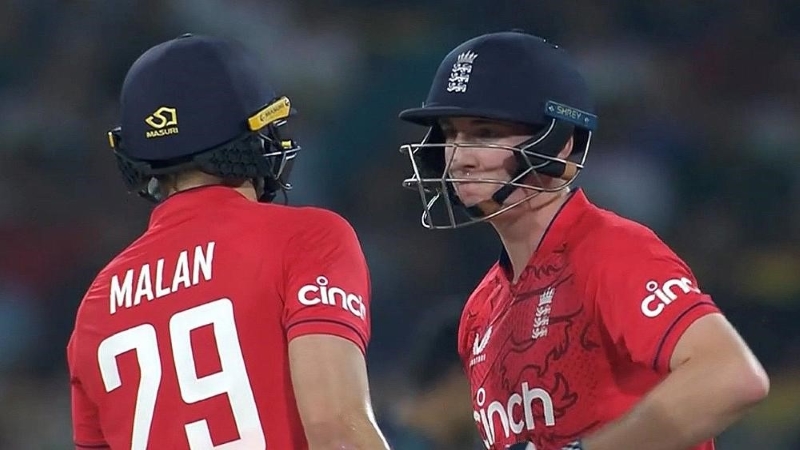