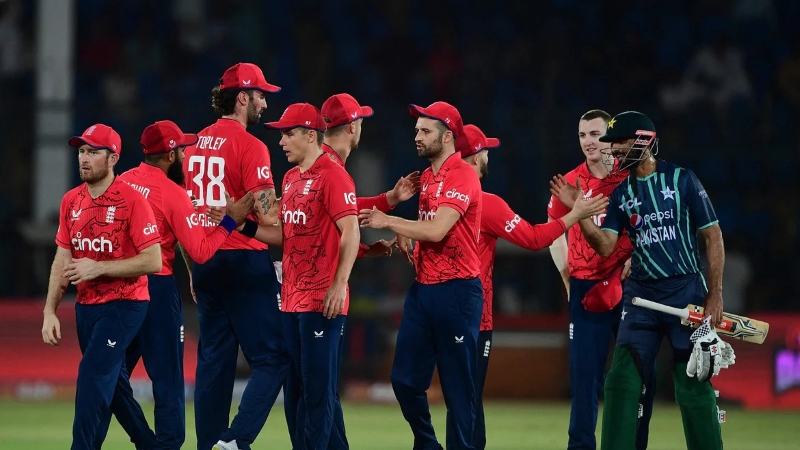 England has defeated the hosts, Pakistan by 63 runs in the third match of the seven-match T20I series. Batting first in Karachi on Friday (September 23), England lost only 3 wickets and got a huge total of 221 runs. In response, Pakistan’s innings stopped at 158 runs after losing 8 wickets in the scheduled 20 overs.

In the previous match, England batted first and set a huge target of 200 runs in front of Pakistan. But Babar Azam and Mohammad Rizwan together crossed this target without losing any wicket. Pakistan looked to take advantage of batting later once again after chasing that world record runs.

Pakistan captain Babar Azam invited England to bat first after winning the toss. Batting first, the English lost only three wickets and secured a huge capital of 221 runs. However, the visitors lost opener Philip Salt (8) in the third over after coming down to bat. After that, Dawid Malan returned with 14 runs from 15 balls in the seventh over.

By then the debutant Will Jacks raised a storm, scoring 40 runs off 22 balls with 8 fours. Jacks returned while the team’s total was 82 runs, and England did not lose any more wickets after that. Ben Duckett and Harry Brook put on an unbeaten 139 off 69 balls for the 4th wicket partnership. Ben Duckett picked up his first career fifty. In the end, he scored an unbeaten 69 off 42 balls with 8 fours and 1 six.

On the other hand, Harry Brook was aggressive with the bat. It was Brook’s eighth match in the national team jersey. At the end of his eighth match, Brook remained unbeaten playing a devastating innings of 81 runs off 35 balls at a strike rate of 231.43. His inning was decorated with 8 fours and 5 sixes.

For Pakistan leg spinner Usman Qadir took the highest number of 2 wickets at the cost of 48 runs. Besides, Mohammad Hasnain took 1 wicket each.

Babar Azam’s team had to rewrite their highest run chase record to win the match chasing a target of 222 runs. Eventually, that did not happen as Pakistan lost Babar and Rizwan early. Both Babar and Rizwan, the heroes of the previous two matches, returned to the dressing room with scoring 8 runs.

Back in international cricket after eight months, Babar could not play Mark Wood’s 95-mile bouncer properly. He was caught on the boundary line. Rizwan returned after being bowled by Reece Topley. Haider Ali (3) got back with Wood’s short ball. Another batsman Iftikhar Ahmed got out after scoring 6 runs. As a result, the hosts lost 4 wickets within 28 runs and were knocked out of the match.

Mohammad Nawaz (19 from 21 balls) and Khushdil Shah (29 from 21 balls) could not take their innings well forward. Shan Masood, who debuted in T20I cricket in the current series, fought alone. However, that fight only narrowed the gap. He left the field with an unbeaten 66 off 40 balls, with 3 fours and 4 sixes.

For England, Mark Wood scalped the maximum number of 3 wickets with 25 runs in 4 overs. Besides, Adil Rashid took 2 wickets, and Sam Curran and Reece Topley took 1 wicket each.

England won the third match of the seven-match T20I series and took a 2-1 lead. Tomorrow, Sunday (September 25), these two teams will face off in the 4th match of the series at the same time and same venue.

Player of the match – Harry Brook 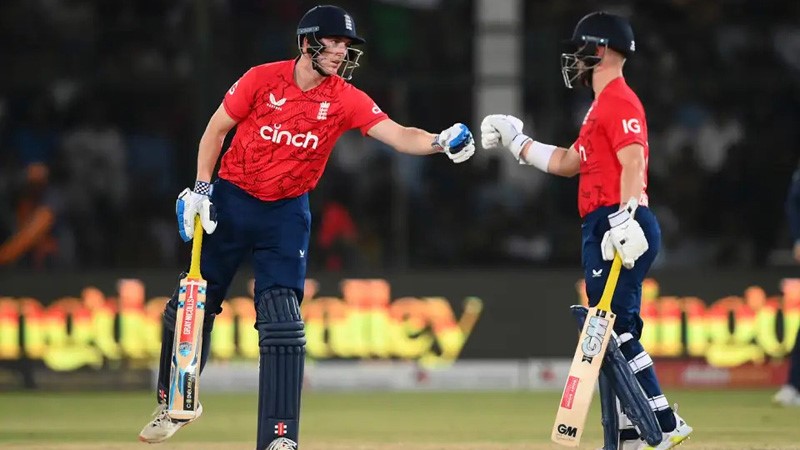