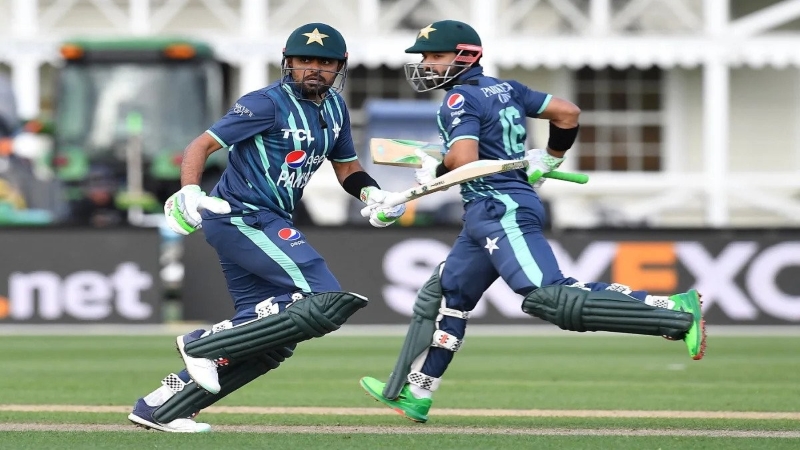 Pakistan and Bangladesh met today in the 6th match of the tri-nation series. Batting first, Bangladesh set a big target. Chasing that target, Pakistan reached the goal with only 1 ball left of the allotted 20 overs. As a result, Bangladesh had to leave the field with a loss. Also, Mohammad Rizwan won the man of the match title by batting well for Pakistan. On the other hand, Pakistan and New Zealand will play the final tomorrow.

The dream of the final ended in the previous match. In this match, Bangladesh’s batting finally lit up. Birthday boy Liton Das and Captain Shakib Al Hasan scored a pair of fifties against Pakistan to score 173 runs for 6 wickets.

Bangladesh won the toss and chose to bat in Christchurch’s last match of the tri-nation T20 series. The Tigers can score only 7 runs in the first two overs. Shanto opened the account of runs by playing 9 balls. Soumya Sarkar (4 balls 4) gave away the wicket. The decision to bring him into the opening did not work.

Team management has faith in Nazmul Hossain Shanta’s talent. But he can hardly repay that trust. This time he played 15 balls and scored 12 runs. Then Shakib Al Hasan and Liton Das led the team. They made a pair of 88 runs off 55 balls for the third wicket. The pair finally broke on Liton’s dismissal.

Liton was caught at deep square leg while sweeping Mohammad Nawaz in the 15th over of the innings. Liton played a career-best 69 runs off 42 balls with 6 fours and 2 sixes. He completed his fifty off 31 balls.

After that, Shakib Al Hasan picked up a fifty in the second consecutive match. In the previous match against New Zealand, he scored fifty off 33 balls, this time he also completed his half-century with the same ball. Shakib got out while hitting a six with 10 balls left in the innings. His innings of 68 off 42 balls included 7 fours and 3 sixes.

Then Yasir Ali was out for just 1. Afif Hossain Dhrubo was run out for 11 runs off 10 balls in the last over.

Easy catch drops, fielding misses, and unbridled bowling by Mohammad Saifuddin. All in all, Bangladesh gave one match in hand to Pakistan. After a great competition, Shakib Al Hasan’s team lost in the last over. Pakistan won by 7 wickets and 1 ball in hand.

Pakistan’s target was 174 runs. They scored 46 runs without a wicket in the power play. Shakib-Shariful did not let Babar Azam and Mohammad Rizwan play freely. Pakistan can only score 73 in 10 overs.

The pressure was gradually increasing in Pakistan’s run chase. They need 101 runs in the last 10 overs. Then Mohammad Rizwan took the risk to reduce the pressure and hit for a six. But Saifuddin dropped an easy catch at fine leg. Then He gave 19 runs in the next over. That reduces the pressure on Pakistan a lot.

However, in the next over, Hasan Mahmud took two wickets and brought Bangladesh back into the match. Pakistan captain Babar was caught at deep cover for 55 on the 40 balls. After one ball, Hasan bowled Haider Ali with great delivery.

Rizwan, who got life on 33 runs, completed his fifty off 42 balls. He brought the match to Pakistan. Pakistan needed 14 runs in the last two overs. Then Rizwan was dismissed by Soumya Sarkar in the 19th over (69 off 56 balls with 4 boundaries). But by then the match is over. Besides, Mohammad Nawaz played great innings of 45 runs from 20 balls with the help of 5 fours and 1 six.

Player of the match – Mohammad Rizwan 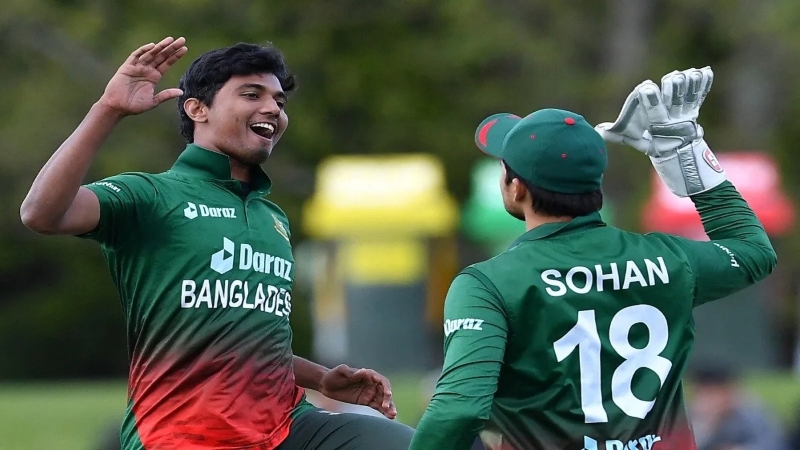