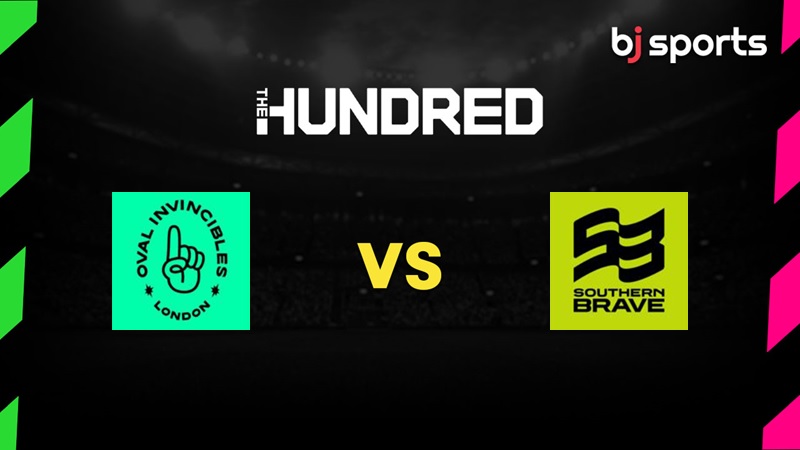 On Sunday night, the Oval Invincibles and Southern Brave will play in Game 14 of the 2022 Men’s Hundred at the Kia Oval in South London. The 2021 Champions, Southern Brave, have lost both of their most recent games in contrast to the Invincibles, who have won their previous two games. At 18:00 local time, the game begins.

After the Invincibles’ recent victories, there is a genuinely positive vibe among the players and fans. They will be a very formidable opponent with a few of their key players back on the field.

Even though Southern Brave have dropped their last two games, they won’t be in a panic and will still be motivated to win this game. The team’s wealth of experience will be essential to improving the situation.

As the game goes on, the cloud cover will increase, but rain is not in danger. The weather will be humid the entire time, with a high temperature of 25 degrees.

By batting second and pursuing goals, both teams have found success. We anticipate that both teams will want to field first, despite the fact that Southern Brave have failed in their last two efforts.

South London’s surface does offer something for bowlers, but it is primarily batter-friendly ground. In this match, the par total is predicted to be higher than 155.

Will Jacks, who will bat at the top of the order, and Sam Billings, who will serve as wicketkeeper and captain, will both be back for the home team after they narrowly defeated the Northern Superchargers on Thursday. Reece Topley’s condition will be being monitored by the physios, but we anticipate that he will be given the all-clear to play.

In place of George Garton and Tymal Mills, who missed the game on Friday, James Vince welcomed Rehan Ahmed and Michael Hogan back into the lineup. With Ahmed held away from the South London wicket’s potential high-scoring area, we anticipate Mills to enter the game again. 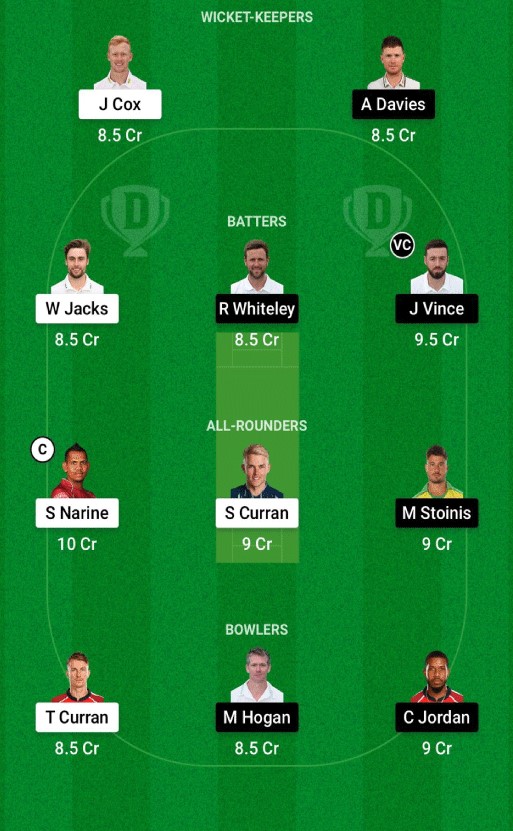 Oval Invincibles is the favorite to win this match.

We anticipate a fantastic match between these two teams in South London in front of a sold-out crowd. In this match, one side may occasionally be in control from the first ball, but we believe both teams will experience highs and lows throughout the course of the contest. We forecast that Oval Invincibles would score many runs and prevail.