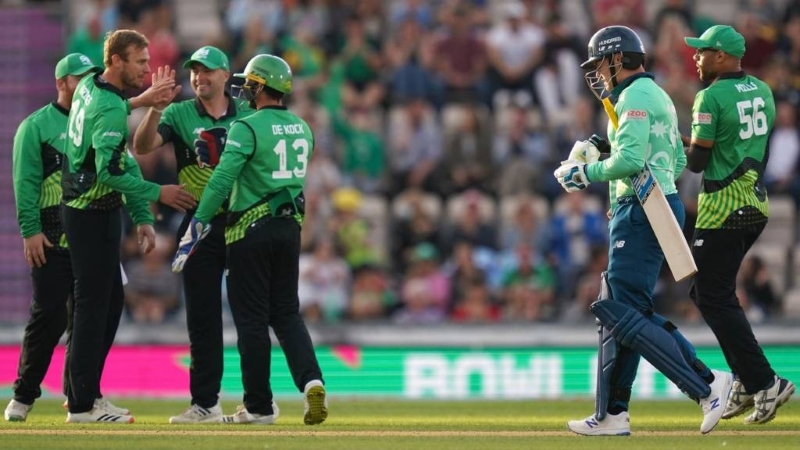 Oval Invincibles have got an 18-ball 7-wicket victory over Southern Brave courtesy of Will Jacks’ brilliant century in the 14th match of The Hundred 2022 at Kennington Oval in London on Thursday. Will Jacks was awarded Player of the Match after playing a stormy innings of 108 not out off 48 balls.

Oval Invincibles captain Sam Billings won the toss and elected to field first sending the Southern Brave to bat. Southern Brave was able to score 137 runs after losing 6 wickets from the scheduled 100 balls.

In reply, Oval Invincibles reached the port of victory in 82 balls after coming down to chase the total set by the oppositions, losing only 3 wickets. Before opening to score, opener Jason Roy returned to the dressing room after being the victim of George Garton while the team total was 1 run. Then another opener, Will Jacks, along with Rilee Rossouw put on a 56-run partnership for the 2nd wicket.

Although Rossouw scored only 10 runs in this pair of 56 runs. Jacks scored the remaining 46 runs alone. After Rossouw’s departure, captain Sam Billings came to the wicket. But he also could not make the innings big. Because at the other end of the wicket, Will Jacks was single-handedly leading the team to victory by playing all the great shots.

Due to this Oval Invincibles scored 100 runs in 62 balls. And Will Jacks made a century off 47 balls. In the end, he scored 108 runs in 48 balls with 10 fours and 8 sixes and left the field after winning the team. Besides, Billings scored 8 runs and Sam Curran remained unbeaten with 11 runs. George Garton and James Fuller took 1 wicket each for Southern Brave.

Before this, Southern Brave could not start the innings well against the aggressive bowling of the Oval Invincibles’ bowlers. They could score only 22 runs after losing 2 wickets in 25 balls of power play. Wicket-keeper batsmen Quinton de Kock 8 and Alex Davies returned to the dressing room with 4 runs.

However, captain James Vince and all-rounder Marcus Stoinis put on a 55-run partnership for the 3rd wicket. They tried to accelerate the run rate but failed. Captain Vince scored only 15 runs off 22 balls. With 2 fours and a six, Stoinis returned to the pavilion with 37 runs from 27 balls.

After that, no other batsman could accelerate the team’s run rate. Although Tim David and Ross Whiteley tried a bit, they ultimately did not succeed. Tim David scored 22 off 17 balls and Whiteley scored 18 off 17 balls. James Fuller scored an unbeaten 11 off 6 balls.

For Oval Invincibles, Reece Topley scalped the highest number of 3 wickets with 24 runs off 20 balls. Besides, Sam Curran and Mohammad Hasnain took 1 wicket each. By winning this match, Oval Invincibles moved up to the 2nd position in the points table. On the other hand, the Southern Brave is now at the 6th position in the points table after losing three consecutive matches.

Player of the match – Will Jacks 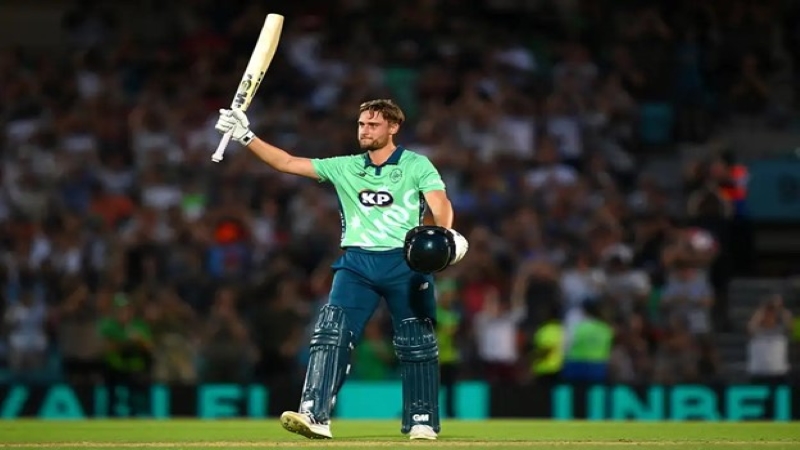