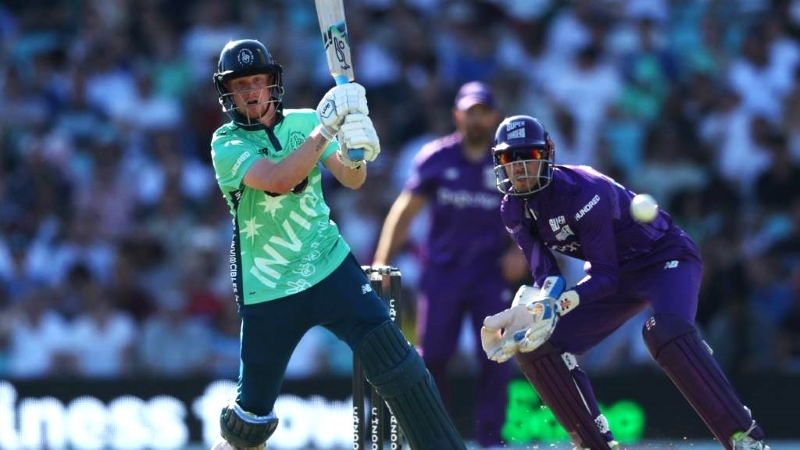 Oval Invincibles have cruised to an impressive 3-wicket victory over Northern Superchargers with 3 balls to spare courtesy of Sam Curran’s superb all-around performance at Kennington Oval in London on the 9th match of The Hundred 2022 on Thursday.  Sam Curran was adjudged player of the match after picking up a wicket with the ball first and then he played a stormy innings of 60 runs from 39 balls.

Northern Superchargers got off to a flying start after coming down to bat. They picked up 47 runs off the first 25 balls of the powerplay losing only 1 wicket.  In the team’s 45 runs, captain Faf du Plessis returned to the dressing room after falling victim to Sam Curran getting just 9 runs.  Michael Pepper then came to the wicket to accompany opener Adam Lyth.  But he too could not stick around the wicket for long.

Michael Pepper was the victim of Sunil Narine with 16 runs off 19 balls. But at the other end of the wicket, Lyth continued to lead the team alone. Due to this, Northern Superchargers crossed 50 runs in 28 balls and 100 runs in 66 balls. Lyth brought up his half-century in 17 balls smashing 2 fours and 6 sixes.

In the end, Lyth returned to the pavilion after playing a devastating innings of 79 runs off 33 balls, with 3 fours and 8 sixes. After his departure, no other batsman was able to cope with the pace of the Oval Invincibles’ bowlers. Adam Hoes scored 13, John Simpson got 14 runs and Roelof van der Merwe remained unbeaten collecting 15 runs for his team.

Soon after coming down to chase the challenging target of 158 runs, Oval Invincibles started to lose the momentum of the match. Oval Invincibles lost three wickets for 21 runs due to the aggressive bowling of Northern Superchargers bowlers. Jason Roy’s team managed to score 23 runs off 25 balls in the power play.

From there, wicket-keeper batsman Jordan Cox and all-rounder Sam Curran brought the team back into the match. These two made a partnership of 67 runs for the 4th wicket. Basically, this pair laid the foundation of their victory. Jordan Cox returned to the throne with 48 runs off 29 balls with 8 boundaries.

On the other hand, Sam Curran returned to the pavilion with taking his team near to the port of victory. His storming innings of 60 off 39 balls included 2 fours and 5 sixes. In the end, Tom Curran played an innings of 18 runs off 7 balls and left the field with a victory for his team.

For Northern Superchargers, Dwayne Bravo took the highest number of 2 wickets. Adil Rashid, Ben Raine, David Wiese, and Craig Miles took 1 wicket each for the team. Oval Invincibles has now moved up to the 2nd position in the points table with a win in this match. On the other hand, Northern Superchargers are now at the 5th position in the points table after being defeated.

Player of the match – Sam Curran 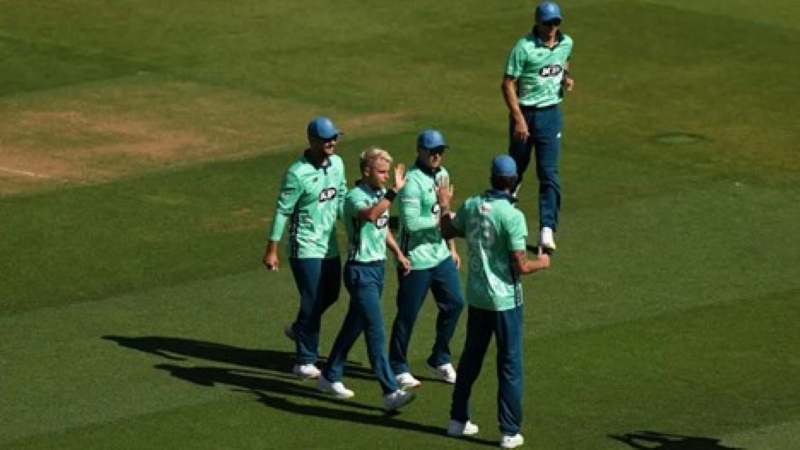