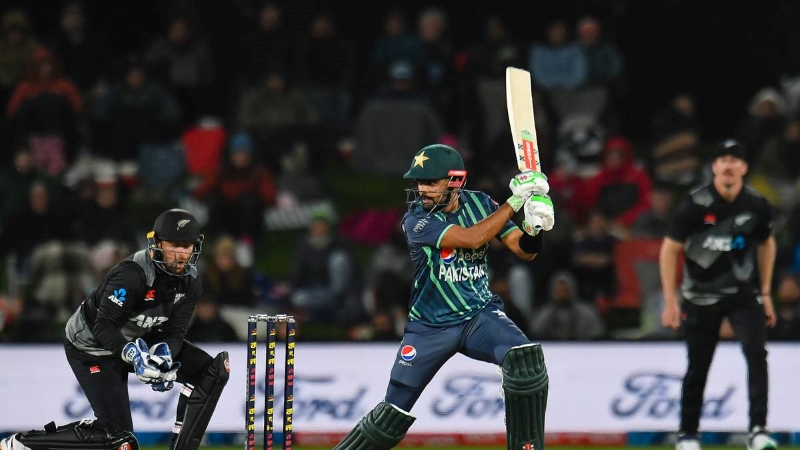 New Zealand and Pakistan met yesterday in the second match of the tri-series. Batting first, New Zealand set a target of around 150. Chasing that target, Pakistan reached the target very easily before the allotted 20 overs were over. As a result, New Zealand had to leave the field with a loss. On the other side, Babar Azam also won the man of the match title.

Pakistan cricket team showed great bowling against New Zealand. After 35 long matches, they ended the innings without any wide or no ball in the T20. Due to this the host New Zealand could not score more than 147 runs after losing 8 wickets in the scheduled 20 overs.

None of the Kiwi top-order batsmen were able to play who came out to bat after winning the toss at Hagley Oval in Christchurch. In the end, Mark Chapman’s innings of 32 runs from 16 balls helped to make 147 runs.

Despite the presence of experienced opener Martin Guptill, Finn Allen has been given a chance in the XI. But he could not use it. He departed after scoring 13 runs off 8 balls in the third over of the innings. Kane Williamson and Devon Conway could not increase the run rate in the second wicket pair.

In the end, 61 runs came in the partnership of the two in 8.4 overs. Conway made 36 runs off 35 balls before returning to the dressing room, Williamson played 30 balls to score 31 runs. Glenn Phillips, who came down to number four, could not open his hands to play either. He scored 18 runs off 17 balls.

However, when Mark Chapman hit three fours and two sixes and played an innings of 32 runs from 16 balls, the Kiwis reached the 150 mark. Besides, James Neesham 5, Michael Bracewell 0, Ish Sodhi 2, Tim Southee 1, and Trent Boult scored 2 runs. In the end, they set a target of 148 runs with 7 runs extra.

In the 19th over of the innings, Haris Rauf stopped the hosts from going too far with 3 wickets for just 5 runs. All in all, 3 wickets were taken by Haris at the cost of 28 runs in 4 overs. Another pacer Mohammad Wasim Jr took two wickets for 20 runs. Left-arm spinner Mohammad Nawaz took two wickets but spent 44 runs in four overs. Besides, Shahnawaz Dahani took 1 wicket.

Mohammad Rizwan was the hero of Pakistan’s victory over Bangladesh in the first match of the tri-series in New Zealand. Rizwan’s opening partner and team captain Babar Azam helped Pakistan to win against hosts New Zealand in the second match today.

The target was 148 runs, in reply Pakistan won the match after losing 4 wickets in 18.2 overs. Babar’s team brightened the possibility of playing the final of the tri-series with two consecutive wins.

Chasing the target of 148 runs, Pakistan didn’t get off to a good start. The hero of the previous match Mohammad Rizwan (4 off 12) and Shan Masood (0 of 2) went back to the dressing room in the power play. After losing two wickets in two consecutive overs, Pakistan was under a bit of pressure.

However, Captain Babar Azam and vice-captain Shadab Khan gave the team a great lead in the third wicket pair. The duo scored 61 runs in 7 overs. Shadab got out after playing the sparkling innings of 34 runs off just 22 balls before the team’s total crossed 100.

After that, Mohammad Nawaz was batting slowly but Babar was fluent at the other end. After playing only 33 balls, he picked up the 28th fifty of his international T20 career. In the end, Babar left the field after winning the match by playing unbeaten innings of 79 runs from 53 balls. Besides, Mohammad Nawaz scored 16 runs off 19 balls, and Haider Ali scored 10 runs.

Player of the match – Babar Azam 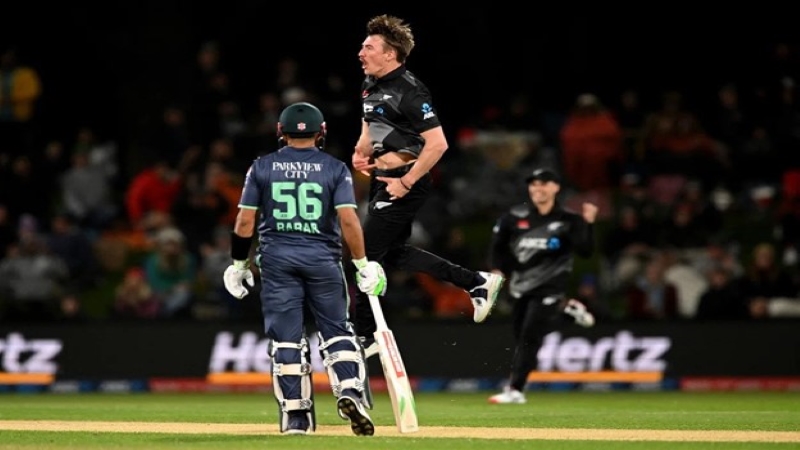