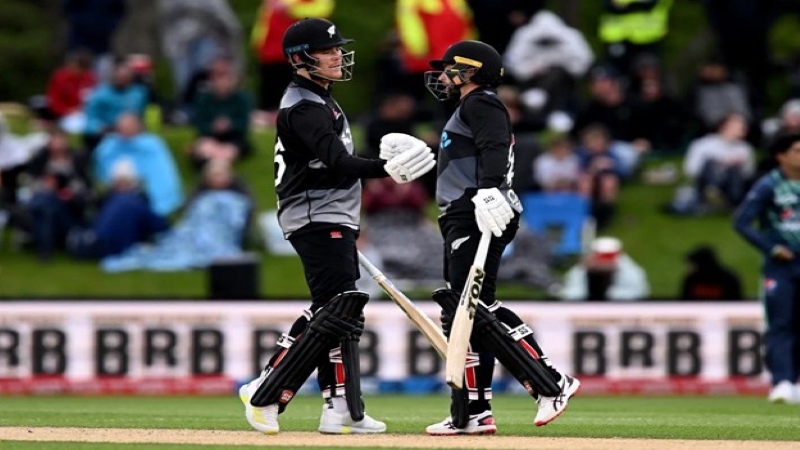 New Zealand and Pakistan met today in the 4th match of the tri-series. Batting first, Pakistan set some sort of target. Chasing that target, New Zealand reached the target safely, losing only 1 wicket before the allotted 20 overs were over. As a result, Pakistan had to leave the field with a loss. Also, Michael Bracewell won the man of the match title for two consecutive days with great bowling.

Pakistan Captain Babar Azam won the toss and decided to bat first in Christchurch today (Tuesday). Mohammad Rizwan, who was in great form, could not extend the innings. He played an innings of 16 runs from 17 balls with the help of 3 fours. However, Babar and Shan Masood were on the way to forming a pair but they couldn’t.

Pakistan was at 54 runs for 1 wicket in the eighth over. From there, the Unpredictables lost 4 more wickets to score 23 runs. Shan Masood (14 from 12 balls with the help of 2 fours), Shadab Khan (8 from 7 balls), Babar Azam (23 from 21 balls with the help of 3 fours), and Haider Ali (8 from 11 balls) returned to the dressing room in a short time and that gave Pakistan a lot of pressure.

After losing 5 wickets for 77 runs in 13.2 overs, Asif Ali and Iftikhar Ahmed took the responsibility to pull the team. Their pair scored 51 runs off 35 balls. Iftikhar was out for 27 off 27 balls with 3 boundaries. But Asif remained unbeaten in the end, scoring 25 runs off 20 balls with 3 boundaries. Apart from this, Mohammad Nawaz hit a golden duck and Mohammad Wasim Jr. remained unbeaten with 1 run after playing 2 balls. In the end, they set a target of 131 runs with 10 runs extra.

After losing to Pakistan in the first appearance, today the hosts reckoned them harshly. The Kiwis took revenge by blowing Babar Azam’s team.

The Kiwis needed 131 runs to win. Kane Williamson’s team won with 9 wickets and 23 balls while batting in the 2nd innings in Christchurch. But with their victory, Bangladesh’s dream of playing in the final faded a lot.

Now New Zealand and Pakistan both have equal points in three matches. However, due to progress in run rate, the hosts are at number one, and Pakistan at number two.

Bangladesh does not have a single win in two matches. Even after defeating Pakistan and New Zealand in the last two matches, it will be difficult for the Tigers to reach the final. Because they are far behind the other two teams in run rate.

New Zealand easily surpassed the target of 131 runs. Finn Allen and Devon Conway ensured the victory in the opening partnership of 117 runs.

Allen, who scored a fifty off 30 balls, was stumped by Shadab Khan. He hit 6 sixes with 1 four in the innings of 62 runs off 42 balls. Conway remained unbeaten on 49 off 46 balls. Captain Williamson left the field as a winner with 9 runs off 9 balls. 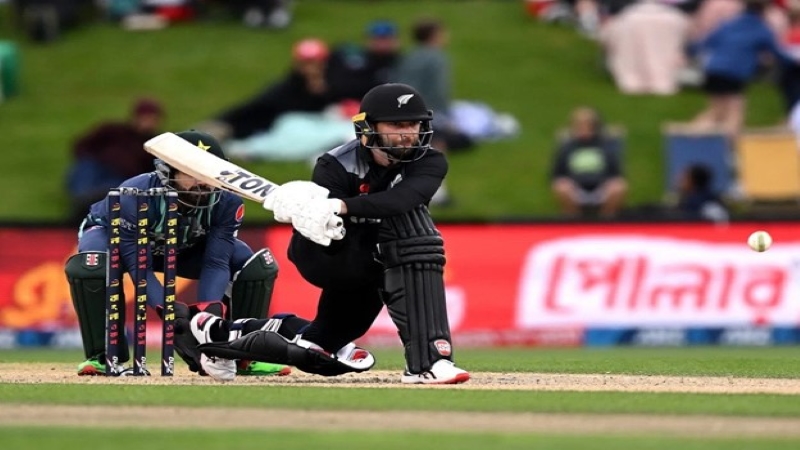