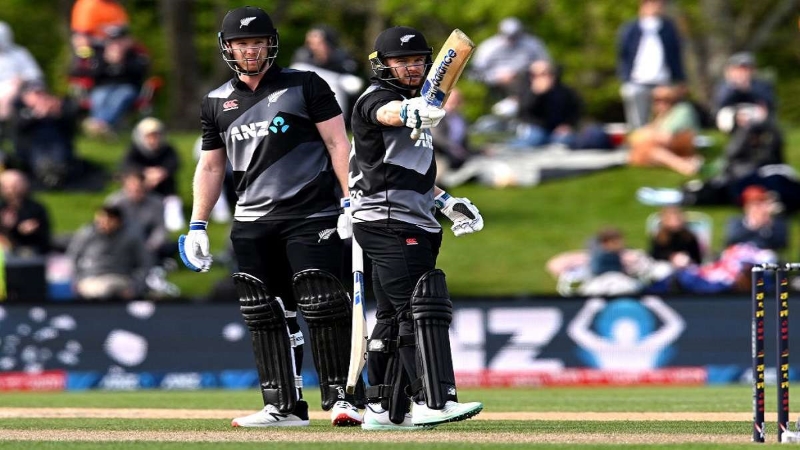 New Zealand and Bangladesh met today in the 5th match of the tri-nation series. Batting first, New Zealand set a huge target. But chasing that target Bangladesh could not reach the target as the scheduled 20 overs ended. They had to leave the field with a loss as a result. Along with this, Glenn Phillips won the man of the match title by batting brilliantly for New Zealand. On the other hand, Bangladesh’s dream of reaching the final is over after losing today’s match. Tomorrow’s match will be for formalities only.

Today (Wednesday), the match was the battle of death for Bangladesh. In such a match, New Zealand defeated the Tiger bowlers and amassed a big total of 208 runs for 5 wickets. Shakib Al Hasan, the captain of Bangladesh, won the toss for this crucial game in Christchurch. He decided to field first.

Bangladesh was unable to accomplish anything after sending New Zealand to bat, though. Finn Allen appeared in dominating form. He made a 45-run partnership with Devon Conway off 25 balls.

After an astonishing batting period, Allen finally returned to the pavilion in the fifth over by Shariful Islam. The Kiwi opener (32 off 19 balls, 3 fours, 2 sixes) was caught by Yasir Rabbi at midwicket. In contrast, New Zealand used the power play to score 54 runs for one wicket in six overs.

Then Conway made a storm, this Kiwi opener picked up a fifty off 30 balls. But on the other hand, Guptill could not play properly. In the 14th over, he (27 balls 34) was caught by Nazmul Hossain Shanto on the long-on boundary off Ebadot Hossain’s ball.

Mohammad Saifuddin picked up a pair of wickets in the 17th over. Conway was caught by Shanto on the boundary as he hit him on the first ball of the over. The Kiwi opener scored 64 runs off 40 balls with 5 fours and 3 sixes. Mark Chapman (2), a new batsman, had his stumps broken by Saifuddin two balls later with excellent delivery.

Glenn Phillips, though, followed up with a huge collection of runs for the squad. The right-handed hitter took 19 balls to reach fifty. In the end, he was bowled by Ebadot with two balls left in the innings. However, he has done what he has to do, with 60 runs in 24 balls and 2 fours, and 5 sixes.

Saifuddin and Ebadot took two wickets each for 37 and 40 runs in 4 overs. Besides, Shariful Islam took 1 wicket.

A tough target of 209 runs. However, Bangladesh continued to fight for a long time to handle the cannon of Southee and Boults. The way Shakib Al Hasan played, if another batsman had played like that, maybe things would have been different. But no one could do that. As a result, even after the captain’s fight, Bangladesh lost to New Zealand by a big margin of 48 runs.

Chasing the big target of 209 runs in Christchurch, Bangladesh stopped at 160 runs for 7 wickets. Shanto returned to the dressing room with 11 runs from 12 balls. Then Liton played some great shots and fell to as Bracewell’s victim. This right-handed batsman scored 23 off 16 balls with 3 boundaries and 1 six.

In the last ball of the 10th over, Soumya stepped into the trap of Milne’s short ball. Soumya’s 23-run innings ended with 3 boundaries in 17 balls. Afif Hossain (4 balls 4) was then bowled by Bracewell. Nurul Hasan Sohan (2) also made us disappointed. Yasir Rabbi (6 off 6) was caught on the boundary while hitting a six. Shakib scored the most runs for them. He scored 70 off 44 balls with 8 fours and 1 six. Besides, Mosaddek Hossain remained unbeaten on 9 runs and Mohammad Saifuddin on 3 runs. Adam Milne took 3 wickets for New Zealand. Besides, Tim Southee and Michael Bracewell took 2 wickets each. 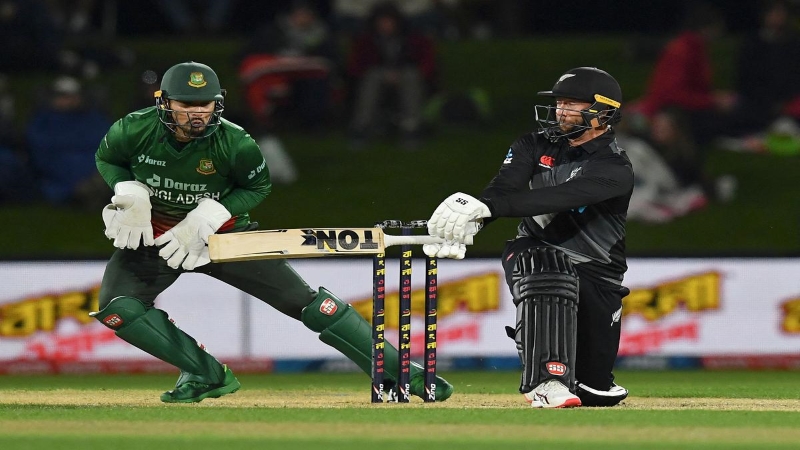