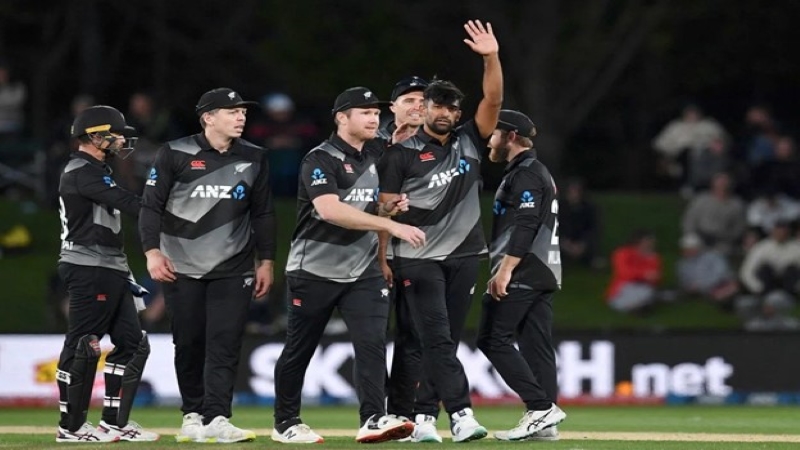 New Zealand and Bangladesh met yesterday in the 3rd match of the tri-nation series. Batting first, Bangladesh set a target. But chasing that target, New Zealand reached the target very easily before the allotted 20 overs were over. As a result, Bangladesh had to leave the field with a loss. Also, Michael Bracewell won the man of the match title for New Zealand. On the other hand, Bangladesh is at the bottom of the points table and New Zealand is in the 2nd position.

New Zealand captain Kane Williamson invited Bangladesh to bat after winning the toss at Hagley Oval in Christchurch. The Tigers were able to collect 137 runs after losing 8 wickets after losing the toss.

Nazmul Hossain Shanto, who came to open instead of Sabbir Rahman, scored the maximum 33 runs. He managed to hit only 4 boundaries after playing 29 balls. Afif Hossain was dismissed after scoring 24 runs off 26 balls. Shakib Al Hasan scored 16 runs off 16 balls.

Even if the Bangladeshi batsmen hit sixes, they couldn’t make the ball cross the 30-yard boundary. Even hitting a ball for a boundary was difficult for Bangladesh. Mehdi Hasan Miraz is losing his effectiveness as a makeshift opener day by day. It was more evident while playing with New Zealand.

In this match, he hit Tim Southee a great boundary on the second ball of the second over of the innings. The next ball was a dot. After that, in the next ball, he raised the ball into the sky and he was easily bowled by Adam Milne at mid-on. As a result, Miraz got out with only 5 runs in 5 balls.

Then Liton Das gave a return catch to Mitchell Bracewell. Liton departed after scoring 15 runs from 16 balls. Mosaddek Hossain Saikat is a complete flop in this tri-nation series. He got out after playing only 4 balls for 2 runs. Yasir Ali Rabbi played brilliant innings toward the end, of the previous match. But in this match, he played completely unsuccessful innings. He got out after playing 9 balls for 7 runs. Taskin Ahmed got out after scoring 3 runs off 2 balls. At the last moment, Nurul Hasan Sohan tried to get up a little. The score got a bit challenging in his short innings. He scored 25 runs off 12 balls.

In the first match against Pakistan, Bangladesh struggled a bit toward the end. But in the second match, Shakib Al Hasan’s team could not even compete. The hosts New Zealand beat Bangladesh easily.

Chasing the medium target Allen signaled to open his arms by hitting a six in Shariful’s fourth over. But Shariful did not take time to turn around. The left-handed pacer sent Allen back to the dressing room after one ball. Allen, who scored 16 runs off 18 balls, was caught by Mosaddek Hossain Saikat and left the field.

Of course, New Zealand’s two-star batters Conway and Williamson did not care at all. Rather, as the goal is small, the two focus on playing together. Williamson’s struggling innings finally came to an end in the 15th over of the innings. The Kiwi captain, who scored 30 off 29 balls, was caught by Taskin at mid-on.

Conway and Glenn Phillips then ended the match easily with no further danger. Phillips remained unbeaten with 23 runs off 9 balls hitting two four-sixes. The brilliant innings of 70 run off 51 balls came from Conway’s bat. He also hit 7 fours and 1 six. 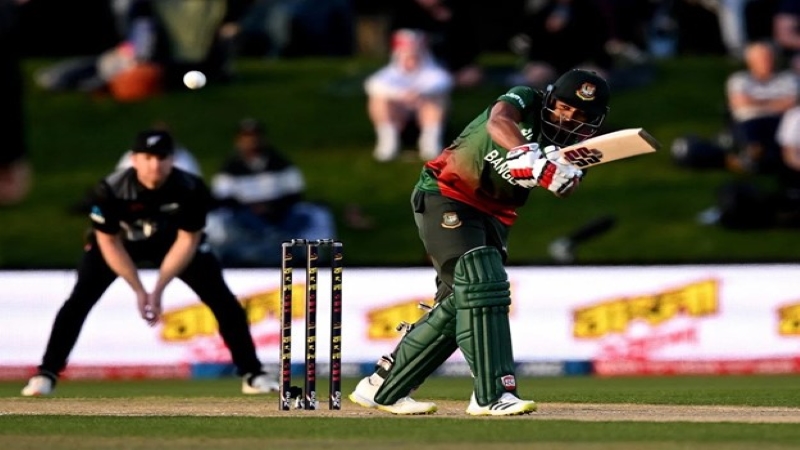