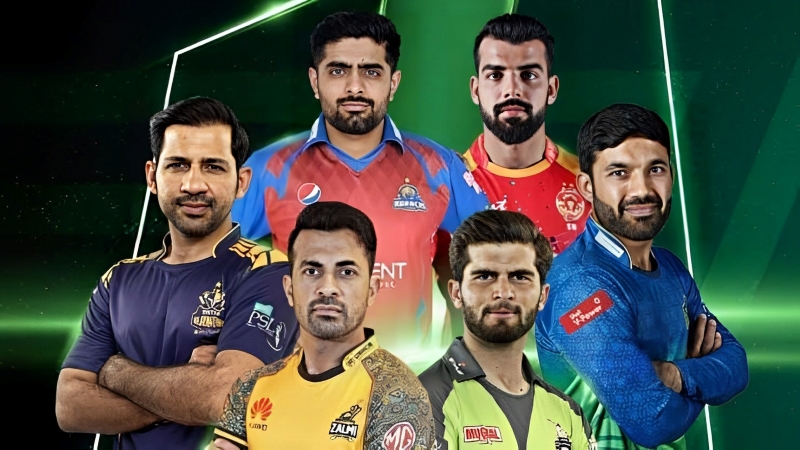 A busy schedule of franchise-based T20 leagues is going on around the world. The eighth season of the Pakistan Super League (PSL) will start now. From February 13, the bat-ball fight will be held on the field. The Pakistan Cricket Board (PCB) has released the full schedule of their tournament in a press release. According to the schedule, this season will start with the match between Lahore Qalandars and Multan Sultans.

After announcing the schedule, PCB president Najam Sethi said that they will make PSL more world-class this season. In this context, Sethi said, “This year’s PSL will be held in four venues in Pakistan. It is a very big tournament for us. So, we would like to bring all the foreign stars here. We want to make the tournament stronger and better than before.”

Sethi hopes that this year’s PSL will spread excitement among everyone. The question of who will win the dream title in the fight of six teams is now revolving in Pakistan cricket. Sethi expects that cricket fans will be able to enjoy a packed event. The PCB president also said, “Islamabad United will be looking for the third title in this tournament. Besides, Lahore Qalandars will play for the second title. Of course, other teams will fight to become champions. I hope to give the audience a good tournament.”

Meanwhile, the Bangladesh Premier League (BPL) is going to suffer as the schedule of PSL is revealed. Because, when the Pakistan League starts, there will be the last four matches and the final match of the Bangladesh League. In that case, when PSL starts, a bunch of Pakistani cricketers can fly. And if that happens, then a lot of light will lose this year’s BPL.

The reason is also clear, in this year’s BPL, the only foreign stars are Pakistanis. BPL could not attract any big stars from England, New Zealand or Sri Lanka. Because the International T20 League and SAT20 League are running at the same time. Where there is a huge amount of money. So, the few stars who have come to BPL have also flown there.

Currently, BPL is dominated by international and domestic cricketers from Pakistan. Cricketers like Mohammad Rizwan, Iftekhar Ahmed, Khushdil Shah and Mohammad Amir are playing. But if they move to PSL at the last minute, the BPL will be empty of stars. If the BPL then becomes a fully domestic league, the quality of this fading league will naturally be questioned. However, BCB officials have not yet opened up on this issue.