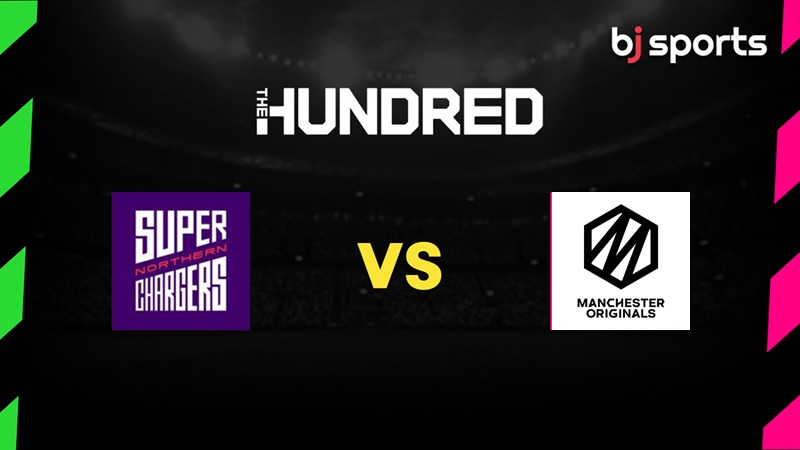 The great northern derby between the two franchises will take place in game 21 in the 2022 Men’s Hundred. On Sunday night at Headingley, the Northern Superchargers and Manchester Originals square off for the second time this season. The two sides are divided in the table on net-run-rate and have each won two of their first five games. At 19:00 local time, the game begins in Leeds.

Before their matchup with the Birmingham Phoenix on Friday, the Northern Superchargers were definite underdogs. After winning that game, the Superchargers should feel confident going into this encounter.

If Manchester Originals win this match, they will only be two points behind the leaders by Sunday night after defeating Welsh Fire and Southern Brave on Tuesday. They swiftly recovered from a bad season.

On August 21, there would be a light cloud cover over leads.

There have been two games played here, and both times the team attempting to tie the score was in the lead. Consequently, we will likely see the team that won the toss choose bowling first at this location.

Batsmen can use their strokes on the level surface. For the team batting first to feel secure about the game, they would need 150 runs.

Before Friday’s easy victory in Birmingham, Roelof van der Merwe, Wahab Riaz, and keeper-batter Michael Pepper were not included in the squad. In their place were John Simpson, Ben Raine, and David Wiese. We anticipate seeing the same starting XI for this game following the triumph at Edgbaston.

It was not surprising to see Manchester Originals stick with the same starting lineup for their journey to the south coast on Thursday night after they finally earned their first victory earlier in the week. No injuries have been recorded, so we anticipate the team to remain the same for the third straight game.

Manchester Originals is the favourite to win this match.

We anticipate an exciting contest at Headingley in front of a large audience. After impressive victories in their most recent games, both sides will be confident in their chances, and both batting lineups have much to show. Although we predict a close contest, we are supporting Manchester Originals.