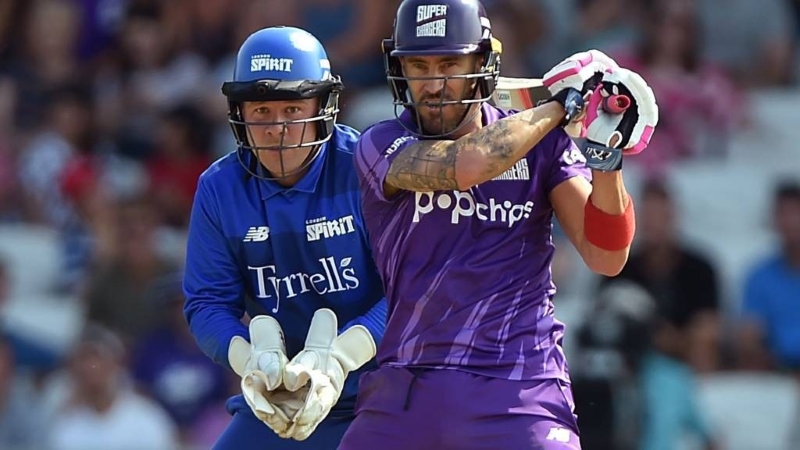 London Spirit cruised to a massive 7-wicket win against Northern Superchargers with 18 balls to spare in the 13th match of The Hundred 2022 at Headingley in Leeds on Sunday. Wicket-keeper batsman Adam Rossington played a key role in London Spirit’s victory. He was adjudged player of the match after playing a devastating innings of 66 off 25 balls.

As a result, they could not get more than 23 runs after losing 1 wicket in 25 balls of power play. David Willey scored 16 off 23 balls. Then Harry Brook came to the wicket. But he could not accelerate the team’s run rate. Northern Superchargers team reached 50 runs in 48 balls, and it took 79 balls to collect 100 runs.

Michael Pepper came to the wicket after Harry Brook returned to the dressing room after scoring 12 runs from 9 balls. Du Plessis made a partnership of 48 runs with him for the 4th wicket. He eventually returned to the pavilion with 56 off 35 balls, with 2 fours and 6 sixes.

However, Northern Superchargers were able to cross the team score of 140 runs due to Adam Hose’s stormy innings of 30 runs off 14 balls. Michael Pepper remained unbeaten on 21 off 18 balls. Mason Crane took the maximum number of 2 wickets for London Spirit. Besides, Glenn Maxwell and Jordan Thompson took 1 wicket each.

Chasing an easy target of 144 runs, London Spirit reached the port of victory in 82 balls with the loss of just 3 wickets courtesy of opener Adam Rossington’s storming innings. They scored 50 runs in 18 balls and 100 runs in 46 balls.

London Spirit lost the first wicket for the team’s 69 runs. Daniel Bell-Drummond scored 15 off 12 balls. Then the Aussie hard hitter Glenn Maxwell came to the wicket. He finally left the field after playing an unbeaten innings of 43 off 25 balls. His innings had 6 boundaries and 1 over-boundary.

Earlier, Rossington played a devastating innings of 66 off 25 balls with 3 fours and 7 sixes to take the team to the port of victory. Besides, Dan Lawrence scored 18 runs, and captain Eoin Morgan (5*) left the field after winning the match.

Player of the match – Adam Rossington 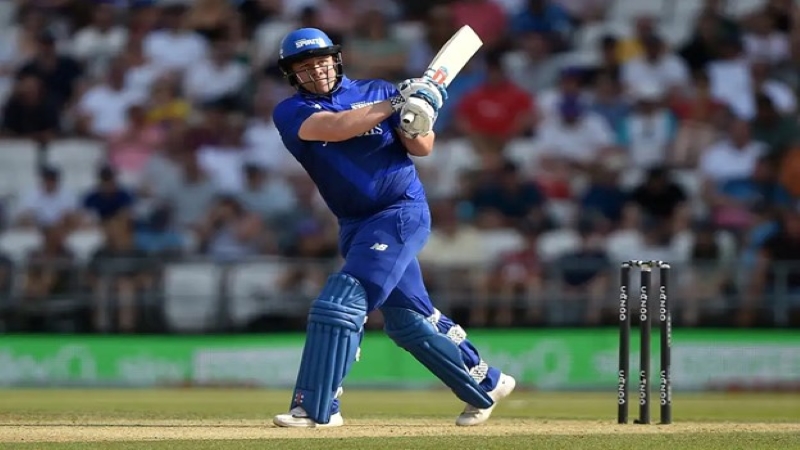