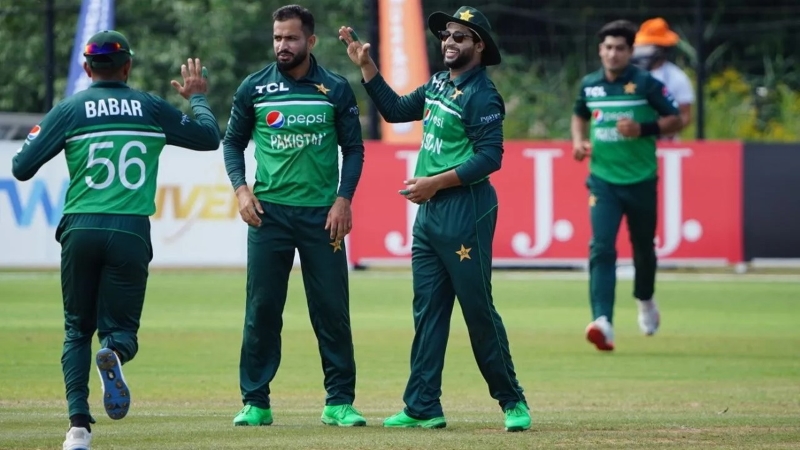 Despite scoring 314 runs in the first ODI against the hosts Netherlands, the visiting Pakistan were in trouble. However, Babar Azam’s team did not have to worry much in the second match. The visitors secured the series win by easily defeating the Netherlands with one match remaining in the series.

After winning the toss and batting first, the Dutch innings were stopped at 186 runs in 44.1 overs due to the great bowling of the Pakistani bowlers at Hazelaarweg in Rotterdam. In reply, Pakistan reached the port of victory with 7 wickets and 98 balls in hand. Also, the Men in Green have won the three-match ODI series with a 2-0 lead.

Babar and Rizwan scored half-centuries, but the bowlers laid the foundation for Pakistan’s victory. Which started with the hand of Naseem Shah, the pacer who made his ODI debut in this series. In the second over of the innings, he picked up the wicket of the Dutch opener Vikramjit Singh (1) with a great delivery on the outside edge.

Max O’Dowd (1) and Wesley Barresi (3) returned to the pavilion early in the innings. The Netherlands lost 3 wickets for 8 runs due to the excellent bowling of Naseem Shah and Haris Rauf. But Bas de Leede and Top Cooper handled the initial push. Tom Cooper was aggressive from the beginning in this pair. Although Naseem got out once, he was fortunately spared as the umpire called that a no-ball.

Bas de Leede and Tom Cooper’s 109-run stand raised their hopes of a big collection, but the failure of the lower-order batsmen didn’t let them make it happen. Cooper returned to the pavilion with the team’s 117 runs, he was bowled by Mohammad Nawaz. His innings of 66 off 74 balls had 7 fours and 2 sixes.

Another batsman Bas de Leede patiently played the innings from the start. He slowly came out of the shell. In the end, he did not get a century due to a lack of partners. As the last batsman, he returned to the dressing room after playing an efficient innings of 89 runs off 120 balls, with 2 fours and 3 sixes. As a result, the Netherlands was all out for 186 runs in 44.1 overs.

Haris Rauf and Mohammad Nawaz took the maximum number of 3 wickets each for Pakistan. Naseem Shah picked up 2 wickets. Apart from this, Mohammad Wasim Jr. and Shadab Khan picked up 1 wicket each.

Chasing an easy target of 187 runs, Pakistan’s two openers Fakhar Zaman (3) and Imam-ul-Haq (6) went back to the dressing room early. Dutch pacer Vivian Kingma picked up both of the wickets. Later, Babar and Rizwan’s 88-run partnership made Pakistan safe.

With the help of 7 boundaries, Babar returned to the pavilion by scoring 57 runs off 65 balls after falling victim to Aryan Dutt. But even if Babar returned, Rizwan left the field after confirming the series win with Agha Salman. Salman played a whirlwind innings of 50 runs unbeaten in 35 balls with 5 fours and 2 sixes. With 6 fours and 1 six, Rizwan remained unbeaten on 69 off 82 balls.

Pakistani bowling all-rounder Mohammad Nawaz was adjudged the player of the match after taking three crucial wickets. On August 21 (Sunday), this duo will face each other in the final match of the series.

Player of the match – Mohammad Nawaz 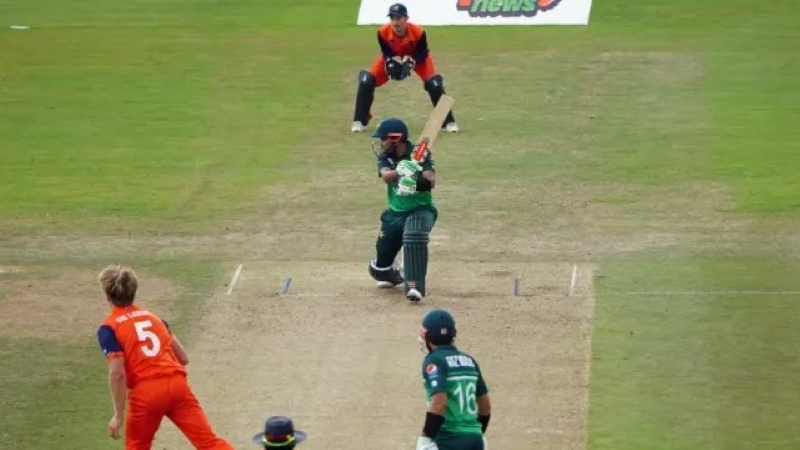