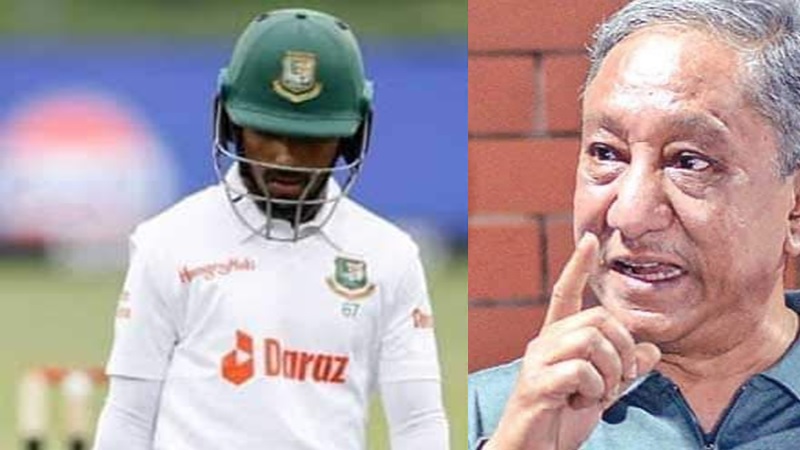 Mominul Haque, the former Test captain of the Bangladesh cricket team, seems to be looking at the reverse side of the coin at the moment. He once proved himself as a Test specialist in his own batting style. He set a record of fifty in 12 consecutive matches. Now there is a drought in the willow of that Mominul. He lost his place in the XI just one match after leaving the captaincy. Bangladesh Cricket Board President Nazmul Hasan Papon said he was not even aware of Mominul’s omission in the St. Lucia Test.

Papon plays a direct role in team selection, XI selection, toss, and batting. But the BCB boss did not come to know whether Mominul was going to be dropped from the XI. Papon commented that since the game is still going on, it is no doubt a matter of team management. He said, “I knew one would be left out. I didn’t know who that was. There they did what they thought was best. I will know for sure after the completion.”

Mominul was one of the best white-jersey batsmen in Bangladesh when he was in rhythm. Mominul scored 3529 runs in 54 Tests. The BCB boss has full confidence in this batsman who has scored consistently at one time. Papon is not at all skeptical about his return to form.

“Mominul is not getting run, there is a little psychological thing. I am not thinking about poor technique or form. He is a great player. If he was not so good, I would not have given him the captaincy. A good player like him is not getting run now…. I am very sure that he will come back soon with full form and will do well.” Papon told the media.