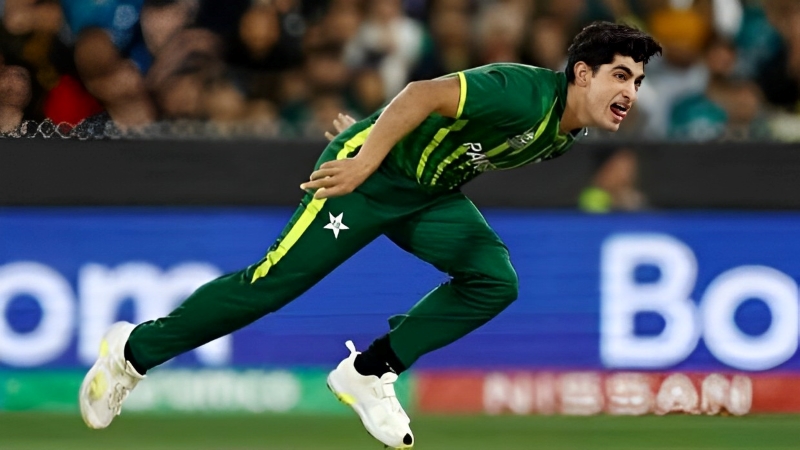 Pakistan’s young pacer Nasim Shah set a new record. Naseem has played five matches so far after making his debut in ODI cricket. There, he made a mark by hunting 18 wickets. Along with that, Bangladesh’s ‘cutter master’ famous pacer Mostafizur Rahman and former Australian pacer Ryan Harris were on top.

He overtook another pacer. Mostafizur Rahman of Bangladesh took 16 wickets in five matches. Mustafiz took 11 wickets in the first two matches of his debut. After five matches, his wicket tally stands at 16. But the number could have increased. He did not take a wicket in the fourth out of five matches. Nasim Shah broke this record of Mustafiz this year.

Nasim’s chance was to touch his compatriot legend Waqar Younis. But for a while that was not the case for Nasim. The former Pakistan pacer took three consecutive 5-wicket hauls in the first five matches of his debut. And no one has been able to break his record so far. Naseem took five wickets in the first ODI, but Walker Younis’ record for taking three wickets in the second ODI against New Zealand was not broken again.

Adam Zampa took the most wickets in ODIs after Naseem started playing ODI cricket. He collected 24 wickets in just 9 matches. However, Naseem has taken wickets in his first over in four of his five ODIs on debut. In the remaining match, he got a wicket in the second over. Trent Boult has taken the same 18 wickets as Naseem, but it took him six matches to get 18 wickets. Meanwhile, after such an achievement, Nasim is floating in praise.