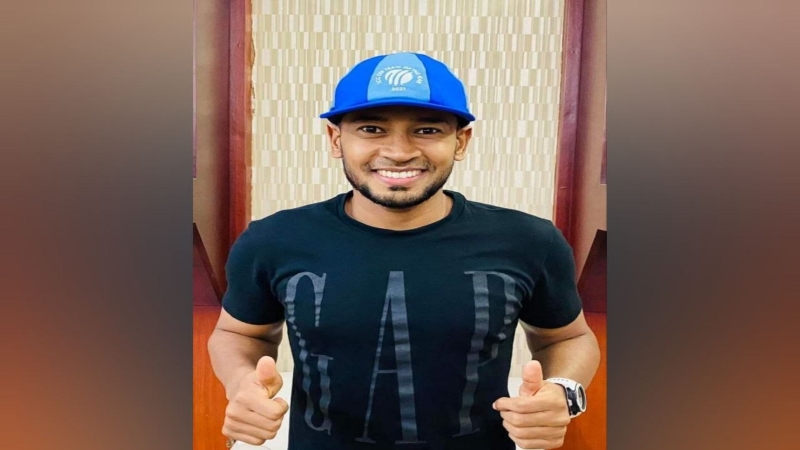 Mushfiqur Rahim got a place in the ICC ODI team of the year 2021. Mushfiqur was accompanied by two other Bangladeshis, Shakib Al Hasan and Mustafizur Rahman. That news is quite old for now. ICC has sent an honorary cap with the ICC logo to every cricketer who got a place in that eleven.

The front of the cap reads, ‘ICC Team of the Year 2021’. That cap has arrived in the hands of Mushfiq. Satisfied Mushfiq took the picture wearing that cap. He also shared that photo with his fans on social media. The Bangladeshi batsman, whose eyes showed satisfaction, wrote in the caption, ‘Alhamdulillah’.

Earlier, in 2021, Mushfiqur played a total of 9 matches in the Bangladesh jersey. Where he scored 407 runs at an average of 58.14 with the bat. Mushfiqur also has a century with the bat to contribute to the team’s success. Pakistan’s Babar Azam has been made captain of the Mushfiqurs team. A maximum of three are from Bangladesh.

Apart from this, two cricketers each from Pakistan, Ireland, South Africa and Sri Lanka got a place in the XI.