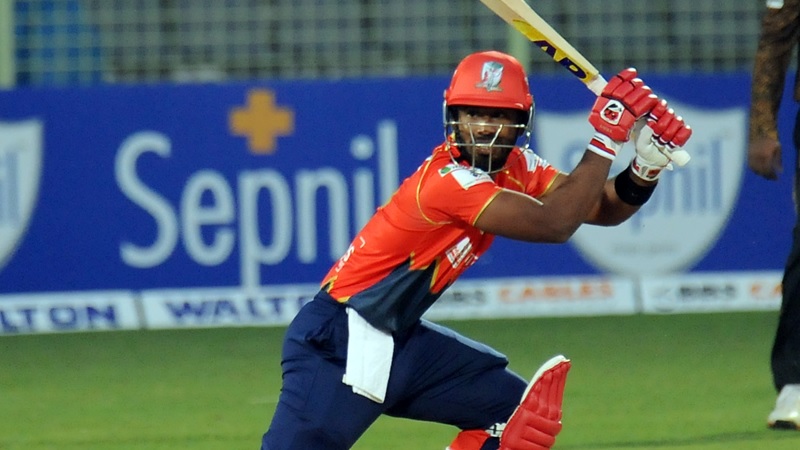 Hard-hitter batsman Munim Shahriar came to the center of attention of everyone by performing brilliantly in the last edition of Bangladesh Premier League (BPL), the popular franchise tournament of the country’s domestic cricket. He has shown his muscle strength in all the matches he has got a chance to wear in the Fortune Barishal jersey. Munim hit big sixes standing in the same position as the universe boss Chris Gayle in non-strike. Although he got the chance to play only six innings in BPL, the youngster from Mymensingh proved his ability by scoring 178 runs at a strike rate of 152.

Cricket analysts expect that Munim will become the name of hope for the national team, while he is struggling to be an opening batsman. The right-handed batsman also proved himself in the limited-overs Dhaka Premier League before the BPL. As a result, he was called up to the national team squad against Afghanistan in March this year. He scored only 21 runs in two matches in that series. Then he was also on the tour team of West Indies and Zimbabwe. Munim could not reach the double-digit quota after playing three matches in these two series. In total, the number of runs of this opening batsman is only 34 at a strike rate of 72 in five matches.

Munim lost his place in the upcoming Asia Cup squad due to poor performance. He had to accept fierce criticism. However, this cricketer is not upset at all about these incidents. On his social media Facebook page, he has announced to turn things around. He said that he wants to move forward with loyalty to the creator, he does not want anyone’s sympathy in this journey.

On his official page on social media Facebook, Munim wrote, ”I don’t want anyone’s sympathy. But I will fly again. It could be today or tomorrow or the day after tomorrow or the day after that. In this case, only I and Allah know where I have been. And it doesn’t matter if anyone knows about me or not. But I hope one day everyone will see what I can do. Inshallah, I will definitely turn around soon.”