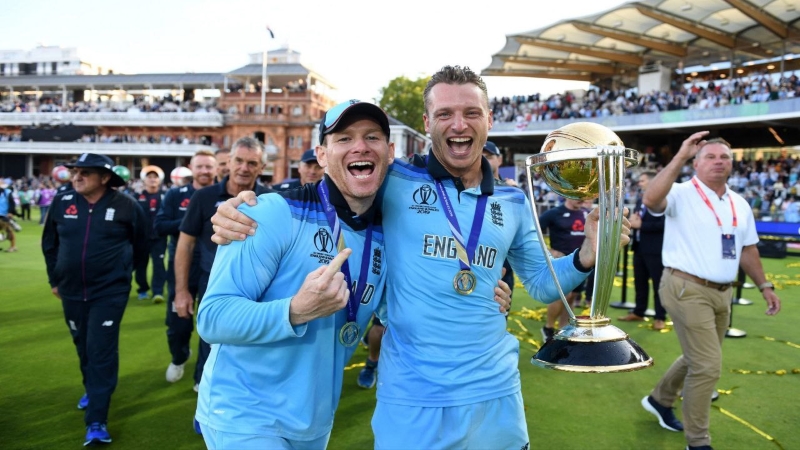 After Ian Morgan’s retirement from international cricket, the question was who would be the captain of England’s colorful cricket. Soon after Morgan announced his retirement, rumors started circulating about a new captain. Jos Butler, the English wicketkeeper-batsman and assistant captain in colorful attire, was at the forefront. Apart from Butler, Moin Ali’s name was being mentioned in the list of rumors. However, the England and Wales Cricket Board has announced Butler as the new captain in colorful attire.

Butler, who made his debut in colorful cricket in 2011, has been England’s assistant captain in the ODI and T20 formats since 2015. He also has the experience of captaining 14 matches in the absence of a regular captain. “It’s a great honor to captain the country, and I’ve had the opportunity to go back in time, and I’ve chosen to lead,” Butler said. I look forward to taking this team forward. ‘

Butler made no mistake in expressing his gratitude to the former captain for shouldering the responsibility of captain. Expressing gratitude to Morgan, Butler said: “I would like to express my sincere thanks and gratitude to Eoin Morgan for his outstanding leadership over the past seven years. This time was more or less a memorable time for everyone. He was an inspirational leader and England has had a great time under his leadership. ‘

Butler is set to make his captaincy debut against India in the ODI and T20 series at home. In one-day international cricket, Butler has so far scored 4,120 runs in 151 matches at an average of 41.20. Where there are 10 centuries. He also averaged 34.51 in International Twenty20 and scored 2,140 runs in 6 matches. Butler has scored centuries for England in all three formats.