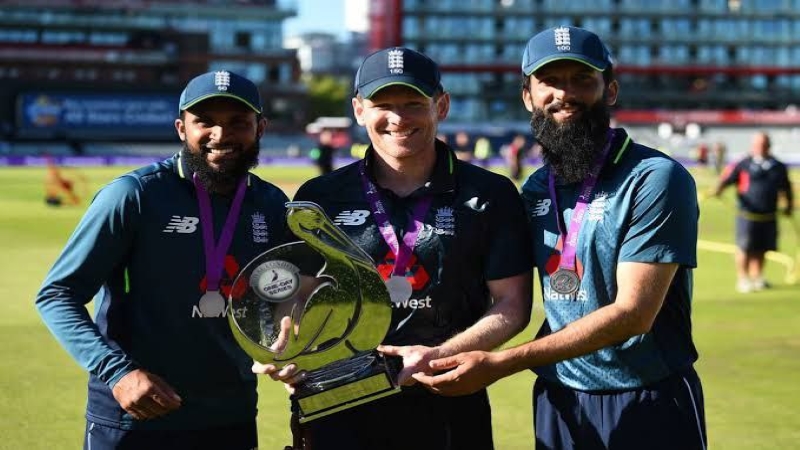 They both acknowledged their experiences and Morgan’s hopes. Morgan wants to know Moeen, what is religion really like? In response, Moeen said, ”For us it is everything. Islam is most important than everything else in my life. Not just to me, but to everyone in the family. But that doesn’t diminish our loyalty to anything else. Islam is our personal choice. ”

Then when asked about Hajj, Moeen said, ”Hajj is one of the five pillars of Islam. We as cricketers are role models for many. The role model for Muslims is our Prophet (Sm). We do this to show respect for what Ibrahim (as) and his family sacrificed.”

While performing his Hajj, Moeen also said about the brotherhood of Islam, ”The greatest experience of my life is being able to perform Hajj at the age of 21. All Muslims wear the same clothes. So, there is no gap between rich and poor. Hajj will teach you patience. It will change everything in life.”

Then when asked to Adil, who had done Hajj a few days ago, he told Morgan, ‘Unbelievable experience. As a Muslim, if you have the financial, physical and mental capability, you must do it. I wanted to do it for a long time. But performing Hajj was a bit difficult because of playing cricket. But the ECB and Yorkshire made it easy for me.”

How did you get everyone’s support? In response to Morgan’s question, Adil said, ”One hundred percent. When I think of performing Hajj first, then ECB, Yorkshire and you too. The support I got from everyone was amazing. That made my life easier. The decision was easy. Everyone said, do what you need to do.”