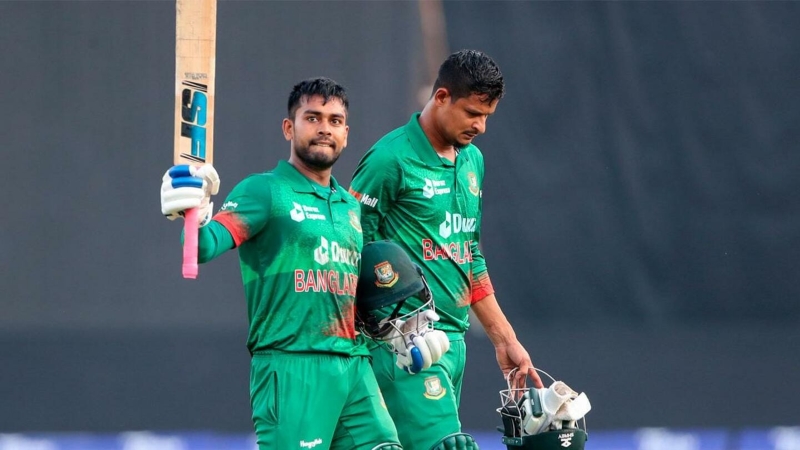 Another year is over, the season is over for cricket too. Judging the performance of players and teams is now underway. ESPNcricinfo, a cricket-based website produces the XI of the year across all three formats. Mehdi Hasan Miraj got a chance in the ODI XI of that list. However, apart from this all-rounder, no one else from Bangladesh got a place.

Miraz deservedly made it to the ODI team of the year. Because he spent a year like a dream in white ball cricket. Especially with the bat in ODIs – says Ujjwal Mirage. This year he played 15 matches and scored 330 runs in the lower middle order. Whose batting average is 66? He also took 24 wickets in offspring. Got a century.

Pakistan captain Babar Azam has been kept as the captain of this XI by Cricinfo. Australia’s Travis Head and India’s young batsman Shubman Gill got a chance to open. Another Indian young Shreyas Iyer and New Zealander Tom Latham are at number four and five. Sikandar Raja of Zimbabwe has also been kept as an off-spinning all-rounder.

Mirage’s place with Raja is also as an off-spinning all-rounder. Besides, Cricinfo has included three expert pacers and one expert spinner in this ODI XI. That one is the leg spinner again. They are – West Indies’ Alzari Joseph, India’s Mohammad Siraj, New Zealand’s Trent Boult and Australia’s Adam Zampa.

Meanwhile, there is no Bangladeshi in the Test and T20 squad, even though one gets a chance in the Cricinfo ODI team of the year. The Tigers could not do very well this year. However, Liton Kumar Das was ahead in the race for the place. He has spread light with the bat in all three formats. However, he did not succeed in the crowd of other batsmen.