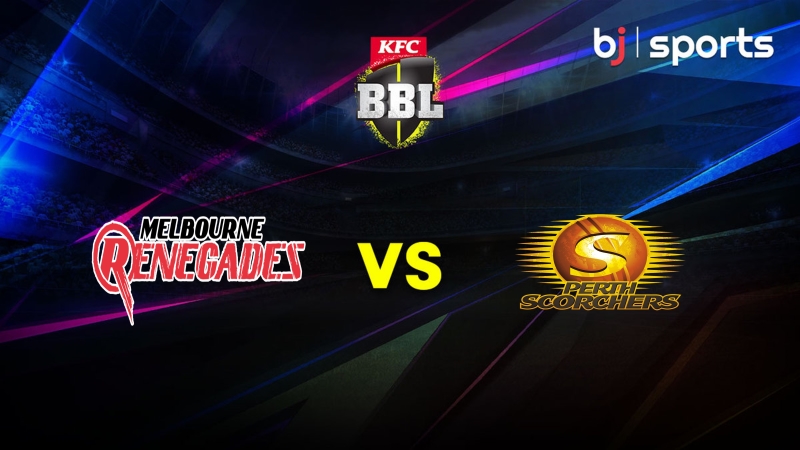 On New Year’s Day, Match 24 of the 2022–23 Big Bash League will take place at Marvel Stadium in Docklands between Melbourne Renegades and Perth Scorchers. So far in the campaign, the Renegades have racked up three victories and three losses. With four victories in five games, the Perth Scorchers are in first place. At 13:40 local time on Sunday, the game begins.

In their most recent game, the Melbourne Renegades were defeated by six wickets and needed 13 balls to win. They have a propensity of losing games, and this game seems to be no exception.

The Perth Scorchers, who triumphed in the championship last year, have continued to perform admirably in 2022–23. They will be certain to leave the Marvel Stadium with another victory.

In Melbourne’s Docklands, it was sunny the entire time. From beginning to end, the temperature will be above 30 degrees, making it exceedingly warm.

We forecast that both clubs will prefer to bat first going into this match since the side batting first has won 53.1% of BBL games played at Marvel Stadium.

On this wicket, a par score will be greater than 170. Spinners often have the most success on this surface and will undoubtedly have a turn in this match.

We anticipate veteran speed bowler Kane Richardson, who is battling an ailment but was able to participate in Friday’s loss to Sydney Sixers, to play in this game. Nic Maddinson, the team’s captain, is currently having a very bad BBL 2022–23 season, but we still believe he will participate and serve as the team’s leader.

Before this match, the Perth Scorchers have no fresh injury concerns or player absences, and we anticipate that Ashton Turner will be in command of the same team at the Marvel Stadium. The next game should be possible once Lance Morris is available. 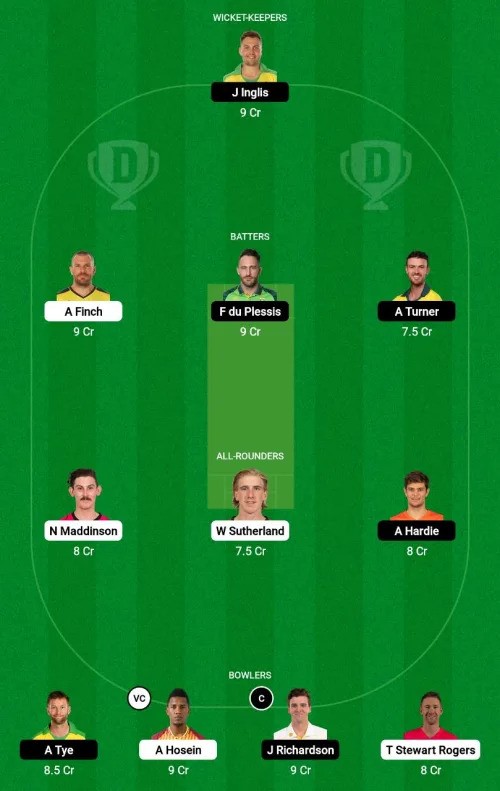 Perth Scorchers are the favourite to win this match.

The 2021–22 Champions Perth Scorchers may have some different players in their lineup from the previous season, but they still appear to possess all of their winning instincts. It will be extremely difficult for Melbourne Renegades to turn things around against such a formidable club given their terrible performance heading into this game. Perth Scorchers will triumph, according to our forecast.