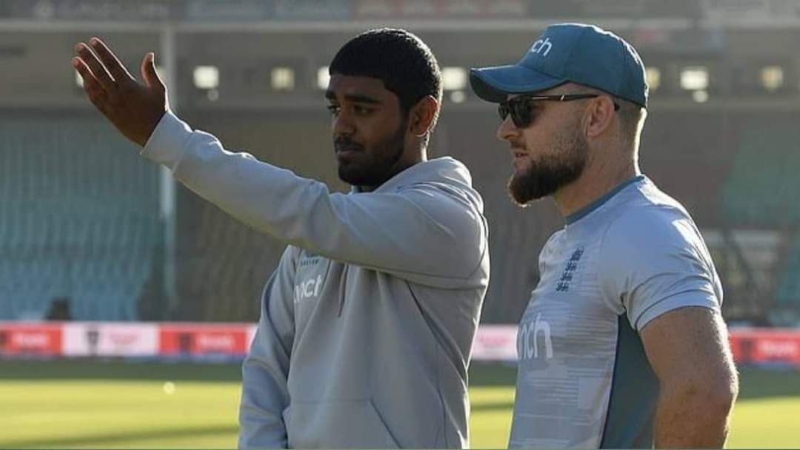 English leg spinner Rehan Ahmed caught attention in his debut Test. He played an important role in the team winning the series with a great performance against Pakistan. So McCullum also wants this spinner to shine in the IPL.

Rehan left the Pakistani batsmen dancing in the test series in Pakistan. In the second innings of the match against Pakistan, Abhishek set a world record by taking 5 wickets. As a result, he played a great role in winning the English series on the soil of Pakistan. And England’s test coach McCullum is impressed with Rehan’s great performance. Rehan will be happy if he gets a team in the upcoming season of IPL. McCullum wants Rehan to take advantage of the opportunity.

Talking about Rehan in BBC’s ‘Test Match Special’, McCullum said, “If Rehan gets a chance to play in the IPL, it will be really great. Playing under different coaches, captains will play a great role in his career. It’s a chance to get great experience playing with different cricketers.” If he does, his career will flourish. Where else in the world of cricket will an 18-year-old kid get an opportunity to get such an experience? If he gets a chance in the IPL, he should make the most of it.

McCullum added, “Rehan’s future is bright. He has been in the eye of English cricket for a long time. Maybe because of the brave decisions of Ben Stokes and a few others, he got the opportunity. We can find talented players to do these things and how well they can do on the big stage. I will understand that too.”

McCullum also said that Rehan needs to be taken care of. He said, “Rehan is very talented. He can serve the team for a long time, so we have to take care of him. He may not get a place in all the squads due to team combinations. But he should not be disappointed. Advice to him is to play more franchise cricket.

Before this, Rehan played recognized cricket for the first time in the Royal London Cup in 2021. Rehan was also instrumental in England’s runner-up finish in the last U-19 World Cup.