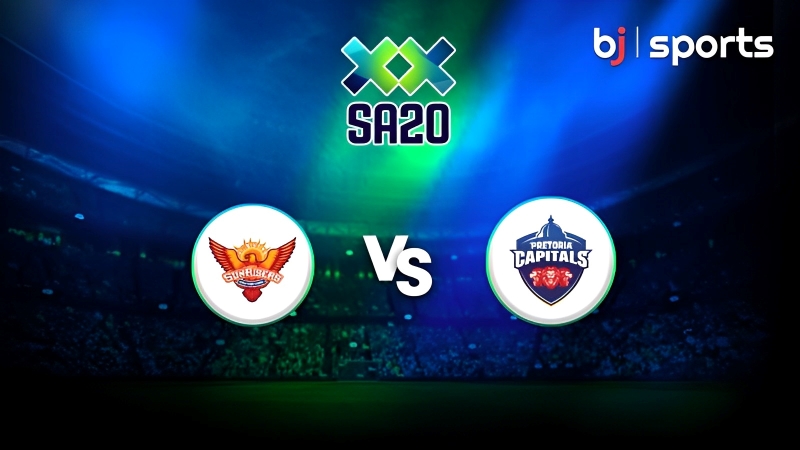 Despite not having as many well-known players as some of the other teams, Sunrisers Eastern Cape has some of the best young cricketers in the world on its roster, and they have the potential to shock many experts in this match.

All of the crucial positions on the Pretoria Capitals team are filled with T20 talent, and some pundits believe they will win the SA20. They should be too powerful for Sunrisers Eastern Cape, in our opinion.

There will be a lot of humidity throughout this game, and thunderstorms are possible in the second inning. The entire time, it will be in the 20s.

We anticipate that both captains will want to field first in this match, despite the fact that the side batting first won the last two IT20s played here.

At St. George’s Park, we anticipate a speedy playing surface that will produce a high-scoring game. On this wicket, pace bowlers will have tremendous carry.

We anticipate that Sunrisers Eastern Cape will choose two English players for this game. Jordan Cox, a powerful stroke-maker in the middle of the lineup, is close to making his international debut, and spinner Mason Crane has a stellar T20 Blast resume.

Due to the upcoming ODI series against India, Sri Lankan keeper-batter Kusal Mendis will miss this game as well as the Capitals’ first few contests. Phil Salt, Adil Rashid, and Josh Little are the three foreign players that the Capitals are most likely to choose for this game. 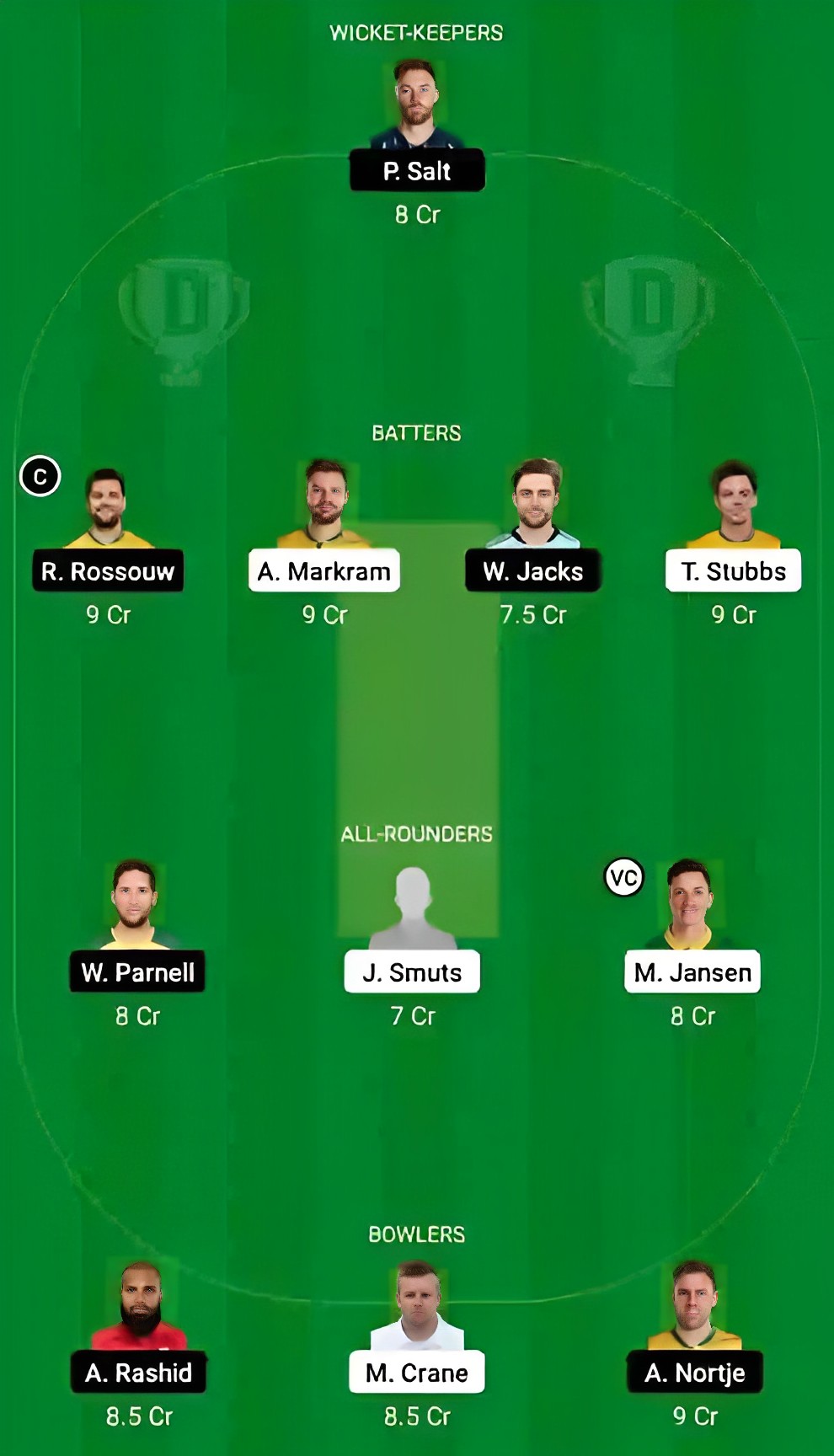 Pretoria Capitals is the favourite to win this match.

Although the batting lineups of the Sunrisers and the Capitals are not the strongest on paper, both clubs have enough potential to compete well. Pretoria Capitals’ bowling attack, though, is superior to Sunrisers Eastern Cape’s. The Capitals boast one of the best pace bowlers in the world in Anrich Nortje. We anticipate a victory for the Pretoria Capitals. 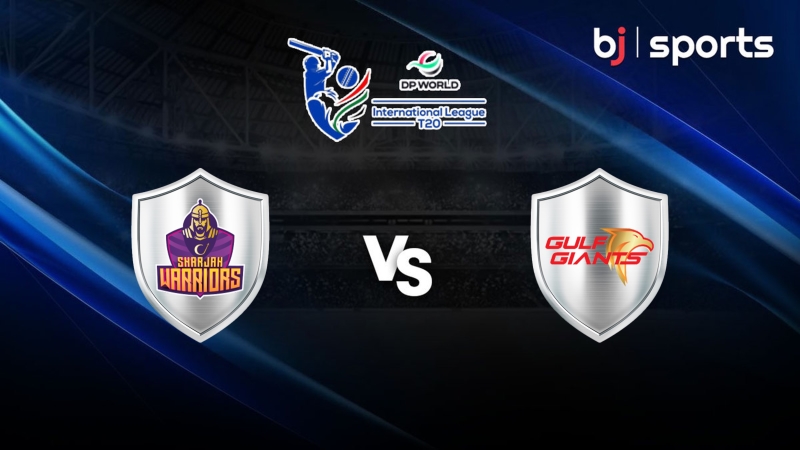 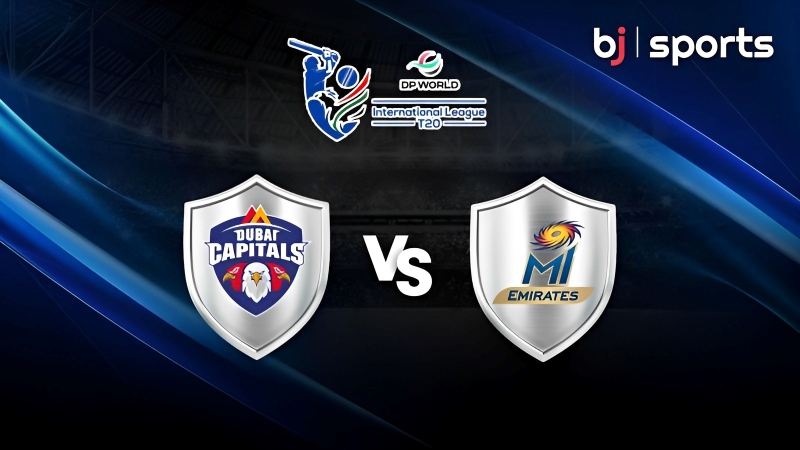 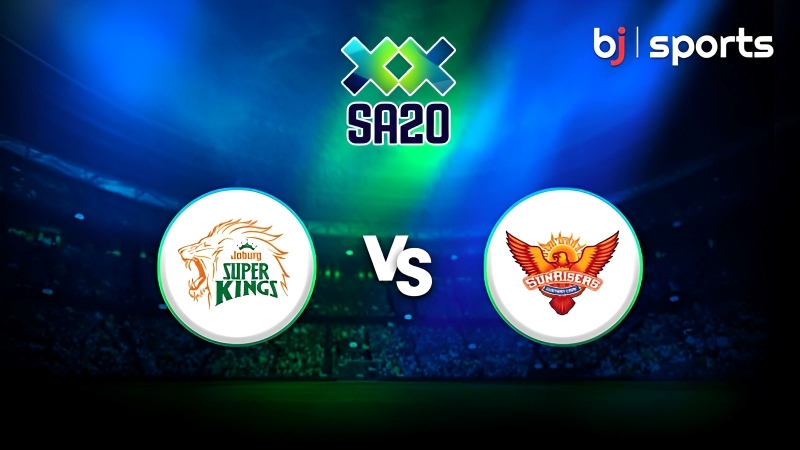