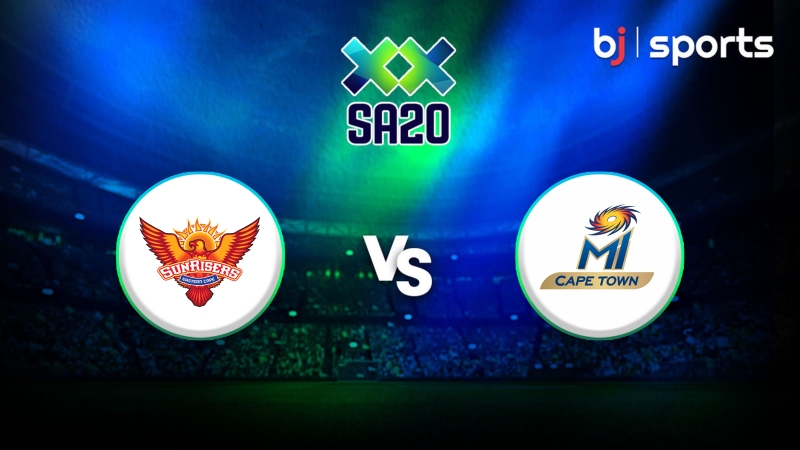 On Monday night at St. George’s Park, match nine of the SA20 will pit Sunrisers Eastern Cape against MI Cape Town. In both of their initial games against the Pretoria Capitals, the Sunrisers came up short. MI Cape Town has won two of its first three games. In Gqebera, play begins at 17:30 local time.

At the bottom of the standings, Sunrisers Eastern Cape is already at risk of falling behind. They will be under pressure to win this game, but MI Cape Town is a very formidable opponent.

MI With the addition of Kagiso Rabada on Saturday, Cape Town demonstrated the depth of their lineup, while captain Rashid Khan regained his knack for getting wickets. Throughout this competition, they will be a very difficult team to defeat.

It will be incredibly gloomy and muggy for the entire game. Throughout this match, the temperature will be in the low 20s.

However, we anticipate that both captains will want to bowl first and chase a target on this wicket. There will be a temptation to bat first and produce a high total.

This pitch has pace and bounce, so it wouldn’t be surprising to see one or both teams reach scores of over 200. On this wicket, spinners with good variations can also contribute.

With Hampshire spinner Mason Crane being benched in favor of fast bowler Brydon Carse for the rematch, there was one alteration from the team’s first match loss to Pretoria Capitals. We anticipate Eastern Cape to favor a rapid bowling attack in front of their home fans.

After losing on Friday to the Super Giants of Durban, MI Cape Town made three changes. Olly Stone was omitted along with Jofra Archer and Duan Jansen despite having six wickets from his first two games, including four against the Super Giants. No changes are anticipated because Kagiso Rabada entered the game and played exceptionally well.

If Sunrisers Eastern Cape were to defeat MI Cape Town, who have looked especially powerful, they will need to deliver their best season effort. As of far, Sunrisers have only played Pretoria Capitals, so it’s possible that their bowlers match up better against MI Cape Town. However, the MI Cape Town team has very few weak points, hence we are picking them to win this game. 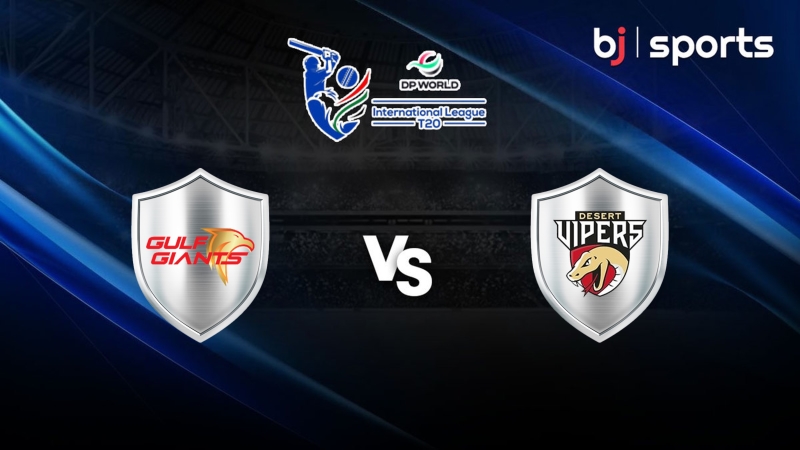 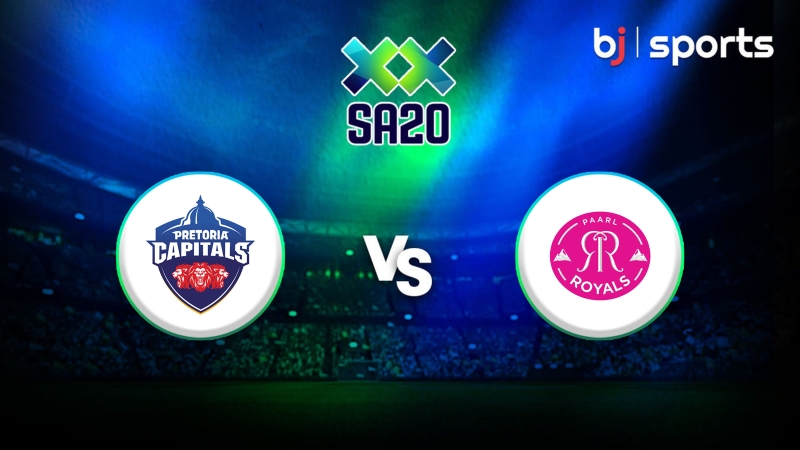 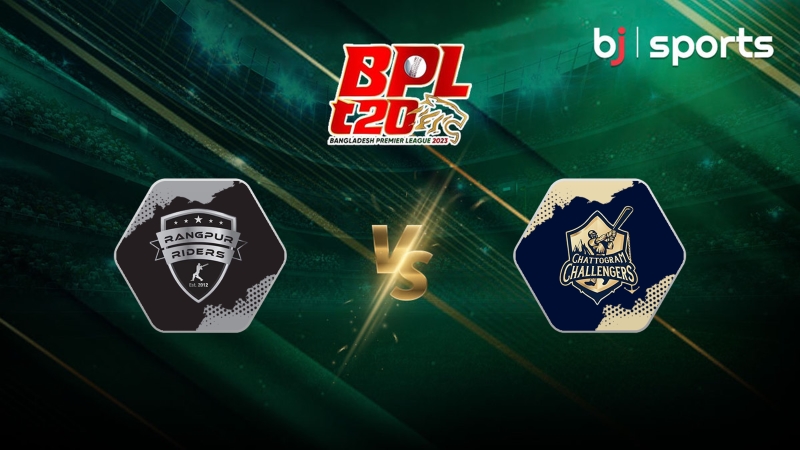