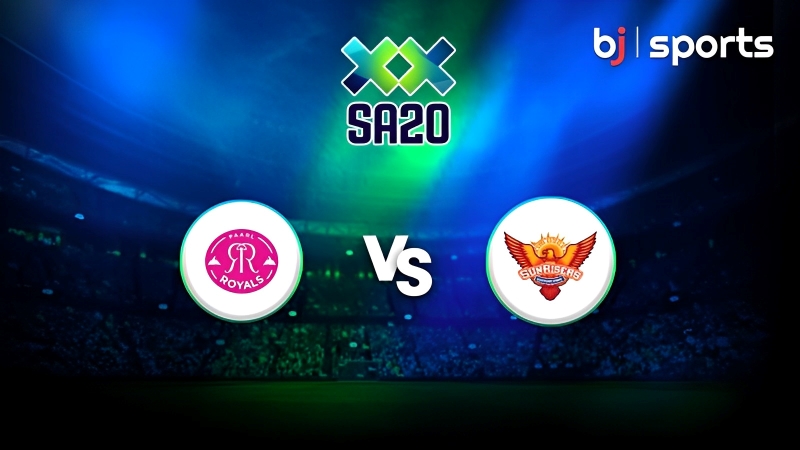 Paarl Royals and Sunrisers Eastern Cape will take place On Thursday night at Bolan Park in Paarl, Match 14 of the SA20. Both teams have won two of their four games so far in the competition. After two victories over MI Cape Town, Sunrisers Eastern Cape enter in excellent condition. Beginning at 17:30 local time, the game.

The Paarl Royals have yet to record back-to-back victories in the tournament, but they will be confident that they can after winning both of their previous games at Boland Park.

Sunrisers Eastern Cape’s early-season performance has improved as a result of two close victories over MI Cape Town, both with three balls remaining. They might win three straight games if they can keep winning crucial games.

The temperature will start the game in the mid-20s before dropping to the high teens in Paarl following a warm and sunny day. As the game continues, more cloud cover should be expected.

In both games at Boland Park, Paarl Royals lost the toss but won after batting first and second. We expect that both sides will prefer to bat first because the humidity will be higher in the second half of the game.

On a pitch that has turned for the spinners but also seen the ball come onto the bat at a nice pace for the hitters, any score beyond 170 will be regarded as above par.

Imran Manack was replaced by Tabraiz Shamsi as the only change to the Paarl Royals XI before their victory over the Durban Super Giants. We anticipate seeing Shamsi keep his spot for this game despite the fact that he was pricey and got an important wicket.

James Fuller was replaced by Brydon Carse in the lineup for the second victory over MI Cape Town. Despite the fact that neither player has blown the competition wide open, Carse has superior bat-and-ball skills, so we anticipate Sunrisers to keep their starting lineup for this match. 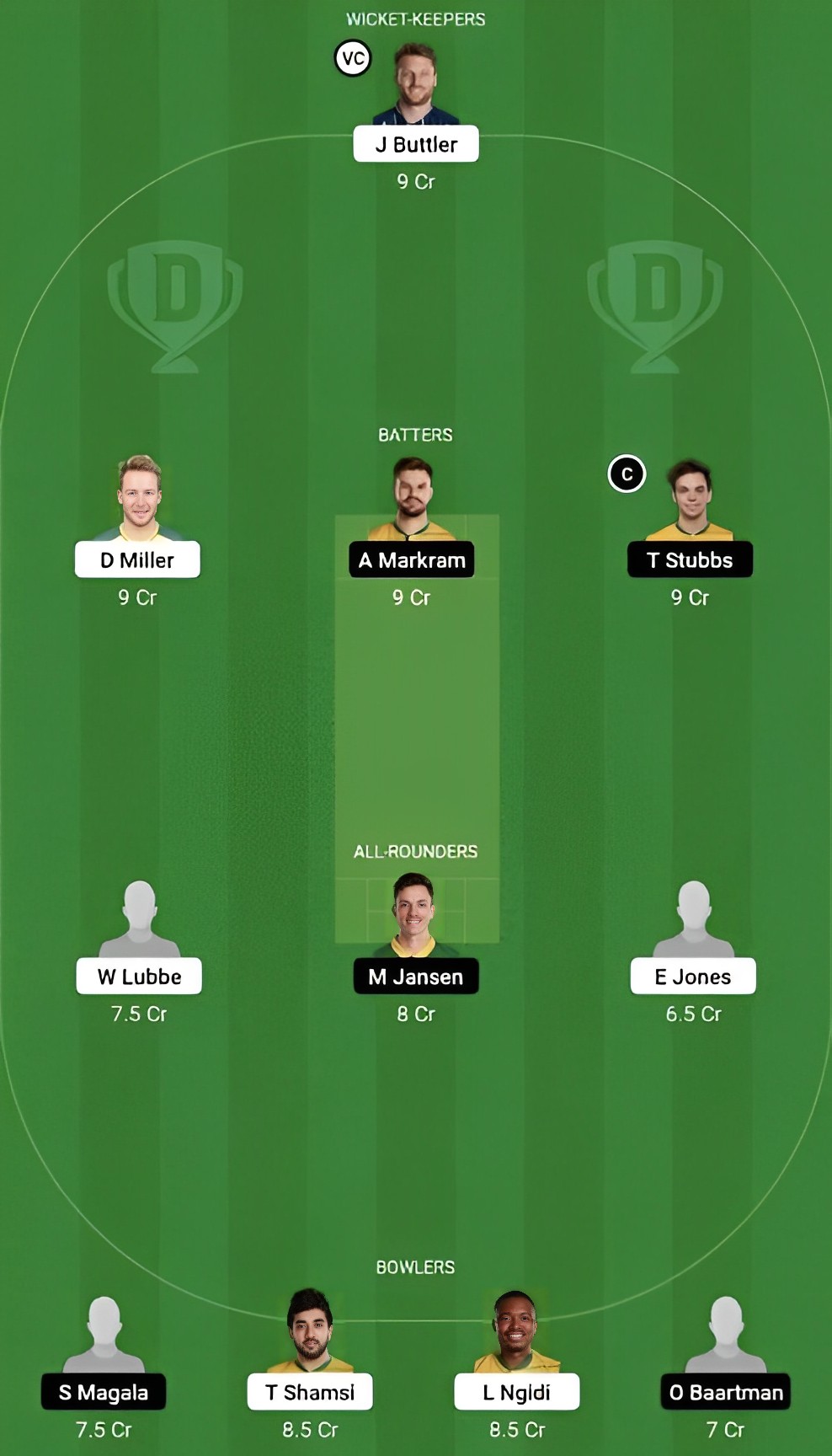 The SA20 table is currently quite competitive, with each team winning at least two games. Thus, a victory for either club could result in their team topping the standings at the conclusion of this game. We anticipate a highly interesting game in which both teams’ spinners will play significant roles. In the end, we anticipate Bjorn Fortuin’s bowling to be crucial and are betting on Paarl Royals to prevail.