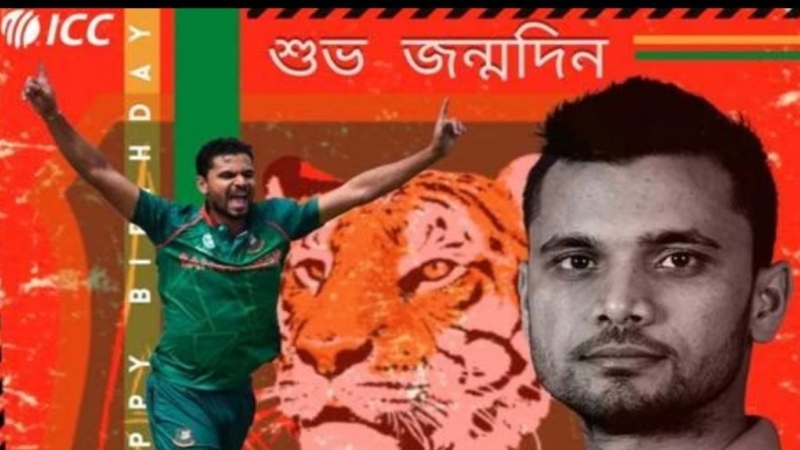 Who is the best captain in the history of Bangladesh cricket? When this question is asked, from a simple cricket lover to a complete cricket connoisseur, his name comes out candidly. Mashrafe Bin Mortaza is the leader of team Bangladesh on the field or outside the field in cricket career. He is the master of leading the Tigers from the front. Mashrafe’s statistics also say the same.

In 2009, Mashrafe led Bangladesh for the first time in Test cricket. We showed his prowess on that occasion. However, despite winning his first match as a captain, that responsibility stopped only in one game. Then in 2010, he got the captaincy of the ODI team. However, he has led the Tigers for a long time in this format.

Mashrafe has led Bangladesh in a total of 88 ODI matches till 2020, including two World Cups. And that changed the cricket of Bangladesh. Mashrafe also became as one of the best captains in the history of the country. He led 88 matches in this format and grabbed 50 wins. Under his leadership, Bangladesh achieved the glory of playing in the quarterfinals of the 2015 World Cup for the first time.

In addition, the ICC Champions Trophy in 2017 is known to all! The Tigers played the semi-finals under the leadership of Mashrafe. On 17 May 2019, under Mashrafe’s leadership, Bangladesh first won the multinational title. He also led 28 matches in T20 cricket. Where he has won 10.

Bowler Mashrafe is arguably the best pacer in the history of Bangladesh. This pacer from Narail has played 310 matches in the red-green jersey in three formats. In addition to taking 390 wickets, he also scored 2,961 runs. Mashrafe got famous as ‘Narail Express’ in Bangladesh cricket due to his bowling skills.

Mashrafe was born on October 5, 1983. Made his debut in international cricket in 2001 against Zimbabwe in Test cricket. However, he retired in 2020 after struggling with injuries throughout his career.

The former captain of Team Bangladesh passed 39 and turned 40. From cricketers to fans, supporters wished him on his birthday.