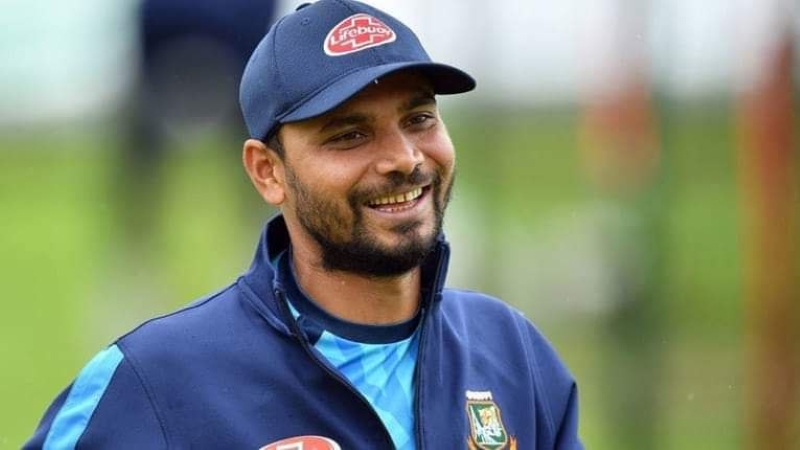 Mashrafe Bin Mortaza, one of the most successful captains in Bangladesh cricket history, played his last international match against Zimbabwe in Sylhet in March 2020. His return to the international cricket stage is also almost uncertain. In other words, Narail Express has gone into unannounced retirement.

Although not playing in international cricket, Mash is quite active in domestic cricket. Also playing in BPL, DPL. After playing in the last DPL, there was doubt about when Mash would be seen in 22 yards again. But the new news is that Mashrafe will enter the field next September.

Mashrafe has been offered to play in the second edition of Legends League organized with former cricketers. He also agreed to play there. Raman Raheja, Chief Executive Officer of Legends League, confirmed the former captain of Bangladesh cricket team’s play. This event of the former will be held in Oman in September this year.

In January this year, the Legends League was organized with the participation of three teams with former cricketers. Mohammad Rafiq and Habibul Bashar Sumon of Bangladesh also participated there. Bashar did not get a chance to play the match though he was included in the squad. But Rafiq took 2 wickets and scored 25 runs in 3 matches.

Mash’s international T20 career is not as colorful as ODIs. He bagged 42 wickets in 54 matches. He last entered the field in 2017. Mashrafe has had a mixed experience in the T20 franchise league. Despite the success in the BPL, the short career in the IPL is not so colorful. The fans are looking forward to seeing how he does in the Legends League in Oman.