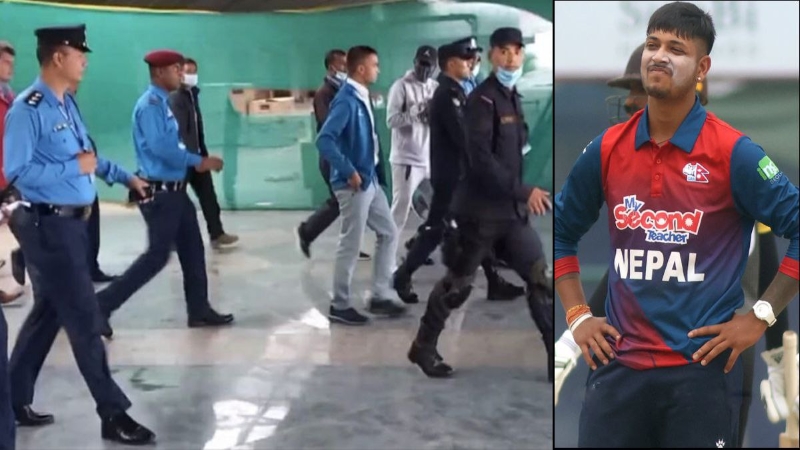 Sandeep Lamichhane has been busy in the Caribbean Premier League (CPL) for a long time. After completing that mission, this young Nepali legspinner was arrested after returning home. He was taken into police custody on arrival at Nepal’s Tribune International Airport on Thursday. This has been confirmed by the Kathmandu Police.

Since then, there has been a commotion in world cricket. The news of Lamichhane’s arrest instantly went viral on social media. Netizens also opined that in cricket, a gentleman’s game, such an incident is not desirable from any cricketer.

However, no search was required by the police to arrest Lamichhane. The former Nepal captain has surrendered himself. Before returning home from CPL, he informed the flight, date and time of arrival in the country through a Facebook post. Based on that news, Kathmandu police arrived at the airport on time.

Lamichhane was detained for allegedly raping a 17-year-old girl. On the basis of that complaint, the Nepal Police got several pieces of evidence. Since then, attempts have been made to arrest Lamichhane. But being out of the country it was not possible until now. Finally, the police of the country managed to catch this cricketer.

Meanwhile, Lamichhane was immediately dropped from the tournament after being accused of rape while playing in the CPL. He also lost the captaincy of the national team. He also broke down mentally after hearing the news of rape allegations.

As the news spread, Interpol’s help could also be taken to arrest him. That’s why the star cricketer took several days to return to the country being strong even though the game in CPL was stopped.