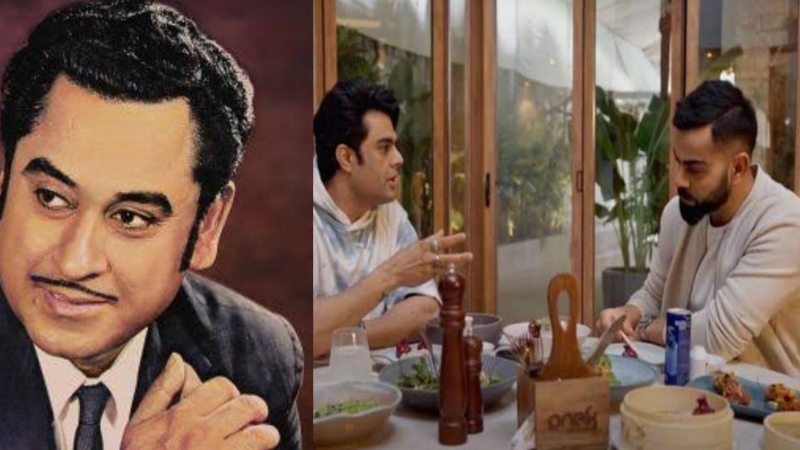 Former Indian captain Virat Kohli has returned to form after a difficult period. Got 71st century after 1020 days in Asia Cup. But this time, not because of cricket, but because of off-field events, this cricket megastar is in the headlines.

Kohli is going to buy Indian musician Kishore Kumar’s house named ‘Gaur Kunj’ in Mumbai and start a restaurant. That is why this batter has completed everything from the decoration of the restaurant to the menu of the food under his own supervision.

Kohli said, ”Kishore Dar’s house is heavenly. It is very similar to our plan.” Kohli was accompanied by actor Mahesh Pal as he toured the restaurant. Mahesh said, ”A boy was asked if he was allowed to meet someone on an island, who would he choose? The boy’s answer was Kishore Kumar. That boy is Kohli.”

Kishore Kumar has won the hearts of countless fans with the magic of his voice. He has numerous fans scattered all over the world. Kohli is one of them. Indian cricket icon is a big fan of Kishore.

But did he buy the house as it was his favorite artist’s house? In response to such a question, Kohli said, ”Nothing happens suddenly. Everything went according to plan. Like the song of Kishore Da. I would be blessed to meet him. He had a different charisma. ”

T20 World Cup is ahead. After the failure of the Asia Cup, India’s eyes are on the T20 World Cup. Kohli is India’s trump card in the World Cup. This is how the star batsman is preparing for the World Cup. But why did the poster boy of Indian cricket suddenly enter the restaurant business?

About doing a restaurant, Kohli said, ”I don’t do anything suddenly. If I want to do something, I give it my full time. I put time into this thing, it means I want to do it. Many issues are covered here. Especially towards food. Because, if the food is not good, no one will come. ”

Kohli is having a great time off the field. He is in rhythm even in 22 yards off the field. After the Asia Cup, he got runs against Australia and South Africa at home as well. Now Kohli has this T20 World Cup in Australia ahead of him. Let’s see how much light King Kohli spreads there.