Kohli wanted to break Sachin’s record just at the age of 24? 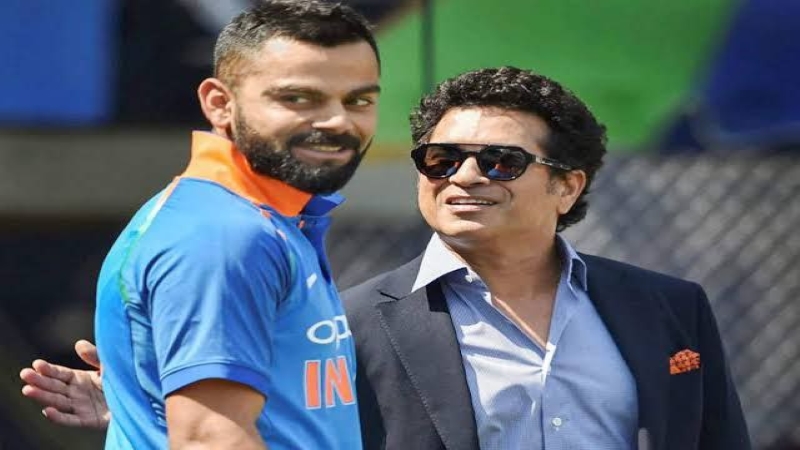 Who can break the record of Indian Cricket God Sachin Tendulkar? When the question comes to mind, the name that comes to most people is Virat Kohli.

Sachin Tendulkar, who holds the record for the highest number of century in the world of cricket, is no longer among those who continue to play. Next is Kohli. Kohli has 43 centuries against Sachin’s 49 centuries in ODI cricket. Only Australia’s Ricky Pinting is above that, with just one more century. Although Kohli has not seen any century since 2019. However, when it comes to breaking the record, Kohli is the most likely.

Meanwhile, Ashwin Krishan, the owner of a sunglasses manufacturing company, claimed that Kohli himself was very confident of surpassing Sachin’s record of highest number of century while talking to him. Kohli was 24 then and had 9 hundreds to his name. Ashwin claims that Kohli told him, “One day I will touch Sachin in cricket”.

The way Kohli started his career, there will be no surprise even if more than fifty centuries are written next to his name at the end of his career. But now he has seen the other side of the coin. It has been almost 3 years since Kohli did not score a century with the bat. Time will tell if Kohli can break Sachin’s record.