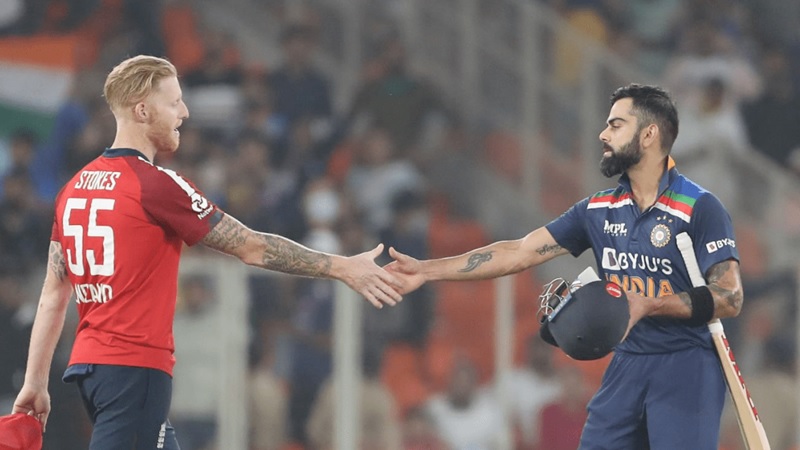 A few days ago, Ben Stokes took over as the captain of England’s test team. Meanwhile, English all-rounder Ben Stokes has suddenly retired from ODI cricket. Stokes feels that he is not able to give his hundred per cent in ODI cricket after taking the leadership of the white outfit. So, he is leaving ODI cricket.

He bid farewell to one-day international cricket by playing against South Africa. Stokes said in an interview with the broadcaster before the last match, ”We are not a car that starts moving when we fill it with petrol. One after another match, the body goes under pressure. The schedule we have is hard for me to bear. If you wear the England jersey, you have to give 100 percent. I can’t do that. ”

Stokes also said, “I am holding the place of a cricketer who wants to give his all for England. I thought a lot that it would be difficult for me to play three types of cricket. So, I thought that I would play one type of white ball cricket. But I still haven’t decided which one I will play. After playing the first one-day match against India, I felt that I have to move on from this. “

Stokes has wanted to play cricket for a long time. That is why this aggressive batsman is reducing the pressure on himself. Stokes said, “I am now the captain of the Test team. I have to look after my body, and I want to play for a long time. I want to play 140 to 150 Tests for England. When I look back on this decision when I reach the age of 35-36, I will think I made the right decision. “

Meanwhile, after hearing about Stokes’ retirement, Virat Kohli praised Stokes, ”Among all the people I have played against, you are the best fighter. I respect you. ” Stokes also responded to this. In response to Kohli’s comments, he said, ”He is one of the best in any form of cricket. Whenever I played against him, I liked it. I respect the vitality and commitment he has shown in the game. When you play against a cricketer like Virat, you can understand that you are playing at the highest level. I liked what he said.”