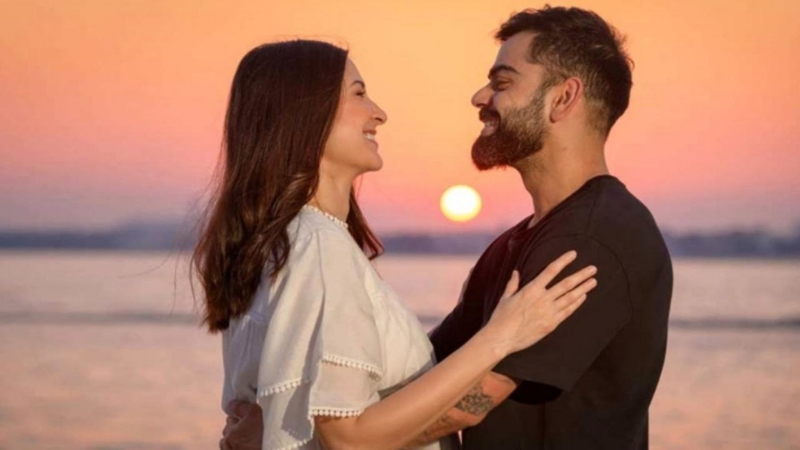 The year 2022 is lost in the womb of time, the new year 2023 has appeared at the door spreading the message of new possibilities and expectations. Many people are busy calculating the achievements of life in the outgoing year. But in all aspects of life, there is no balance between demand and supply, this is the message given by Virat Kohli and his family. All calculations aside, Kohli – Anushka are enjoying the end of the year. The Indian batsman also shared that family moment with his fans.

Kohli and his wife Bollywood actress Anushka Sharma were spotted at the Mumbai International Airport in India on Wednesday. However, the star couple’s only daughter Bhamika was not seen with them. Of course, the whereabouts of Bhamika is not known, but they wished the reporters present at the airport a happy new year. However, it was not known at that time where the travel destination of the Biruska pair could be.

Meanwhile, Kohli published a picture of the morning of December 31 on his official Facebook page. In that picture, Kohli and Anushka are seen standing side by side on the roof of a hotel. Both are enjoying the sunrise. Meanwhile, little Bhamika is also seen in Kohli’s arms. Kohli captioned the photo, “Last sunrise of 2022.” with a love emoji.

However, a mystery remained in Kohli’s trip with his family. Seeing the Indian star’s Facebook post, the question of the netizens, where are they enjoying the end of the year? The answer to that question is found in Anushka’s tweet. Sharing a picture with Kohli, Anushka captioned it, “This city, last night.” It is clear from the picture that the star couple is currently staying in Dubai.

At the end of the year, after the vacation, Kohli will come down to the field very soon. Because he has a busy cricket schedule ahead of him. Indian Premier League (IPL), the all-important Test series against Australia, as well as the challenge of the ODI World Cup at home in the new year. However, he is not in the team for the T20 series against Sri Lanka which will start after a few days. Kohli has been rested.

On the other hand, Bollywood actress and Kohli’s wife Anushka Sharma will also be busy with her film work. So after spending the end of the year with his family, Kohli indicated that he would return to the field as if refreshed. In 2022, after 1020 days in the Asia Cup, Kohli returned to the rhythm after overcoming a long century drought. His fans hope that King Kohli’s bat will do the talking in 2023 as well.