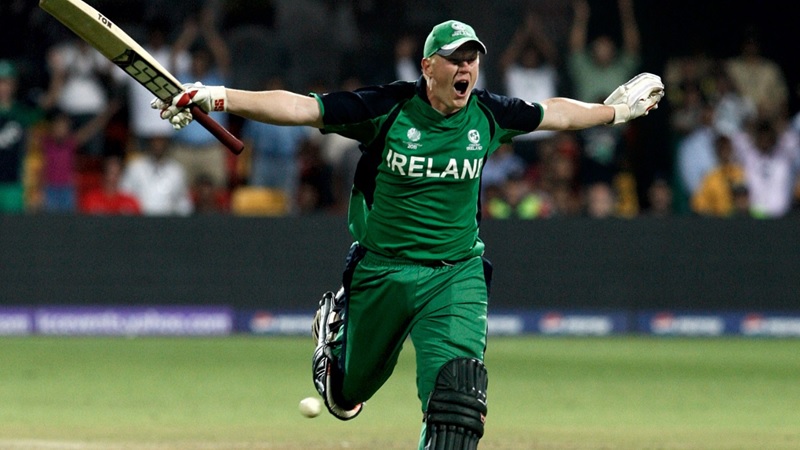 Another star of Ireland cricket has retired. It has been almost a year since Kevin O’Brien retired from ODI cricket. This time, this star all-rounder of Ireland said goodbye to all types of international cricket. The Ireland Cricket Board announced the retirement of the 38-year-old legend O’Brien in a statement.

However, O’Brien wanted to retire after playing the 2022 T20 World Cup in Australia. But he hasn’t been part of the Irish team since the last Twenty20 World Cup. The experienced all-rounder is no longer thought of by the team management and selectors. That’s why O’Brien decided to retire with deep sorrow.

O’Brien made his Irish debut in 2006. From being an ICC associate nation to a Test playing nation, O’Brien has walked with the Irish together. The legendary all-rounder is also the fourth ODI and first T20I captain for Ireland.

O’Brien’s illustrious career in the Ireland jersey has many achievements. He is the country’s highest wicket-taker in ODIs with the ball. He scored the fastest (50 balls) century in the 2011 World Cup. O’Brien’s aggressive innings of 113 runs helped Ireland win the match in the World Cup.

O’Brien is also very successful in T20 in the country’s jersey. Besides scoring 1973 runs with the bat, he took 58 wickets with the ball. But in the end, after getting Test status, he played only 4 matches in white clothes where his run is 258. In three formats, he has 4 centuries and 24 half-centuries.

He achieved many great moments for Ireland cricket. However, in the end, the desire to play in the 2022 World Cup remained unfulfilled for this all-rounder. Nonetheless, the Irish people still will remember him for his achievements in cricket.