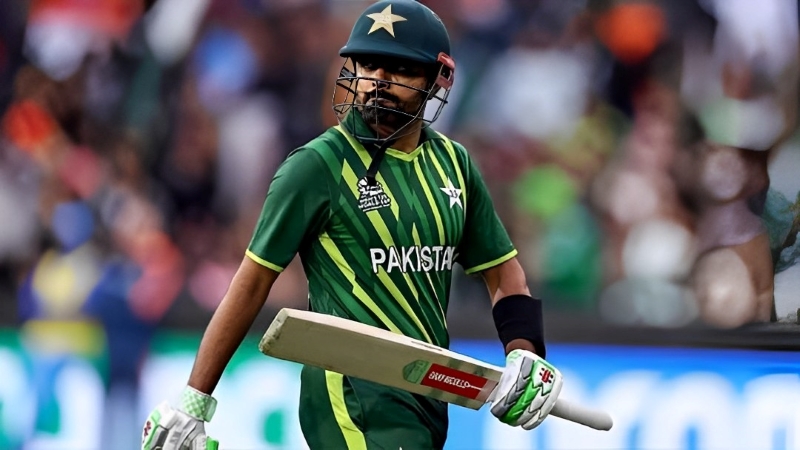 Babar Azmar did not make a great comeback with the bat. Pakistan’s captain has failed as a captain. He could not bring the team the taste of victory in the test. He has accepted criticism for not being able to bring victory to the team despite scoring a century with the bat. Meanwhile, Safarraj Ahmed, the former captain of the Pakistan team, has become a hero by preventing the defeat of the team by scoring hundreds. Babar’s criticism as a captain continues. This time, Babar has no cricketing knowledge, commented former Pakistan spinner Danesh Kaneria.

Not only did Kaneria stop because Babar did not have cricketing knowledge, Kaneria even felt that Babar’s captaincy should be handed over to Safarraj. He recently commented on his YouTube channel. Kaneria said, “Babar’s captaincy has been in question for a long time. Why is the board still trusting him? Babar has failed in the Test series as a batsman, and as a captain. He has performed in such a way that he should hand over the responsibility to Safarraj and focus on his batting by playing as a batsman. On the other hand, Saud should be vice-captain of Shakeel, hopefully, Pakistan will do well.”

Kaneria claimed that Babar has no cricketing knowledge even though he has a chance to score good runs. Because of this Kaneria also thinks that Babar got out easily. He added, “Babar can get runs as a batsman. But I think he has no cricketing knowledge. Otherwise, the Pakistan team would have gone far. He has good chances to score runs but he makes the same mistake and gets out again and again. The ones he should have swept.” Meanwhile, he doesn’t care.”

England won the trophy from Babar’s home ground last year as well. At the beginning of the year, disappointment accompanied them. Pakistan could not keep the series at home. In the first Test against New Zealand, Babar gave a great hundred but could not become a hero. Pakistan drew the first test against New Zealand. After that, there is no victory in the Karachi Test.

Safarraj’s brilliant innings somehow saved Pakistan from the loss. In the end, this test was also a draw. New Zealand and Pakistan ended up sharing the trophy with both draws in the two-match Test series. Meanwhile, questions are being raised about Babar’s captaincy for quite some time. On top of that, not being able to hold on to the series at home even at the start of the year has made the answer to this question even more complicated. However, the Pakistan Cricket Board has hinted that they will put their faith in Babar.