Is Yasir’s ball the best ball of the century? 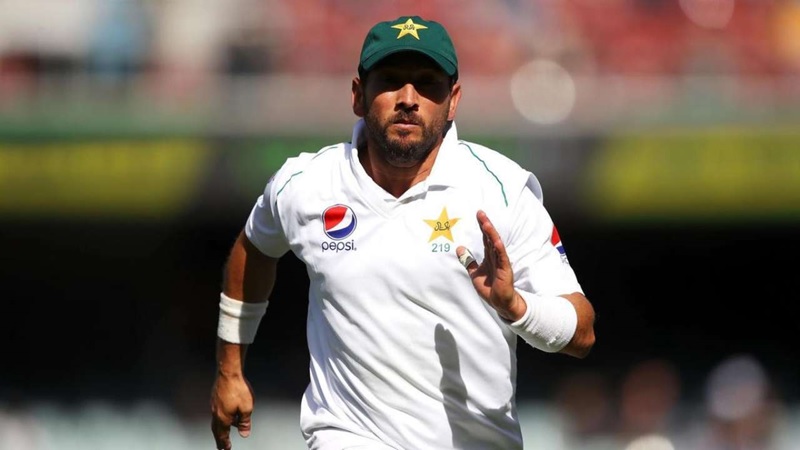 The Galle Test has become a history-making factory. First, Lankan spinner Prabhat Jayasuriya broke the 96-year-old record. Now it is being discussed whether Pakistan’s leg spinner Yasir Shah did the best ball of the century there?

Yasir surprised everyone by delivering on the third day of the Galle Test. Reminiscent of the legendary Shane Warne’s ‘Ball of the Century. If Warne was alive, he might still be praised by Yasir. Because in 2015, Warne called the Pakistani star ‘the best leg spinner in the world’.

The Sri Lankan team is batting in the second innings of the third day of the Galle Test. Yasir came to bowl in the 56th over. Mendis was a fully set batsman at the crease, batting on 76 runs. Just then, Yasir’s loose delivery with speed fell quite outside the leg stump.

Mendis wants to play the ball comfortably with his back leg naturally. But what a surprise! The ball hit the off stump with a sharp twist as it fell down the ground. After that, Mendis was looking at the crease while Yasir cheered with his teammates.

Yasir’s surprise delivery was praised by cricket’s highest governing body, the International Cricket Council (ICC). They have raised questions about the delivery of this Pakistani spinner. The question has been raised on the ICC website – ‘Did Yasir Shah bowl the ‘best ball of the century’ in modern times?’

Seeing such a magical delivery by a leg-spinner brings to mind the sight of Warner’s ball of the century. Shane Warne’s ball at Old Trafford in the 1993 Ashes also pitched outside the leg stump. Mike Gatting tries to play on the front foot to his stumps. But what! The ball twists and hits the off-stump. Kushal Mendis will probably never forget Yasir’s delivery! As Mike Gatting could not forget that delivery by Warne.

The Sri Lanka Cricket Board also praised Yasir’s delivery. The tweet said, “The best ball claimant of the century? Yasir Shah dismissed Kushal Mendis with an incredible delivery that reminded the audience of Shane Warne’s century. “Australian batsman Marnus Labuschagne also shared the video of Yasir’s delivery. In the caption, he wrote, “What’s the best thing you’ve seen in cricket this last week? “