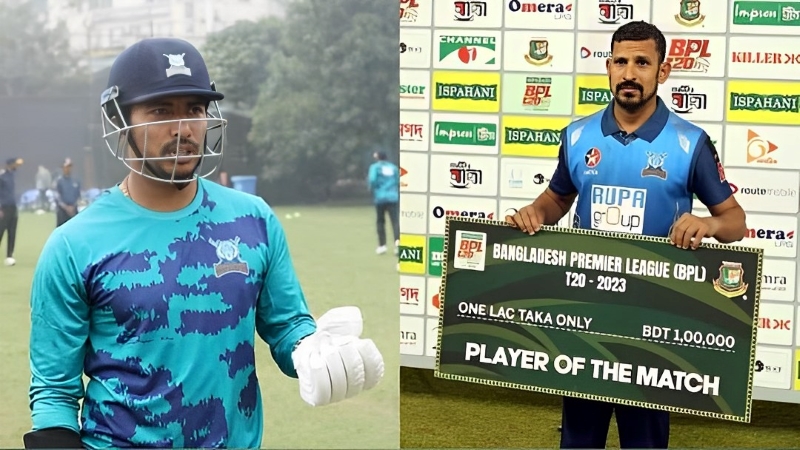 All-rounder Nasir Hossain is attracting attention after returning to 22 yards after a long time. He is scoring consistently in BPL. This essential player of the national team is spreading light in 22 yards of the field with great performance. There is a positive discussion about his excellent batting on social media as well. What if the door of the national team is opened for him? The selectors gave a glimpse of this.

Nasir collected 269 runs with the bat before taking the field against Comilla Victorians. 36, 44, 30, 39, 66 and 54 runs came from his bat. His victim with the ball is 7 wickets. But despite such a good performance, the arguments of critics and reviewers are consistent with Nasir’s bat, but his team is not winning. Moreover, it is not the case that anyone will be given a chance in the national team if they perform well in the BPL. But it is known that the selectors will consider it.

Recently, chief selector Minhajul Abedin Nannu said about Nasir, “Nasir is playing well in BPL. He is making a comeback after a long time and is running consistently. He has to be in this process of running consistently. The selection panel is considering his performance. The Bangladesh Cricket Board is thinking about all the players. He will be thought of when needed. Nasir is an experienced player and has been playing for a long time. If he can maintain his rhythm in the BPL now, it will be great for his career.”

Meanwhile, Bangladesh’s top-order batsman Soumya Sarkar is not able to be consistent even though he has caught Nasir’s attention after returning to the field. He is not able to catch himself with the bat. 16, 0, 0, 4, 6, 16 and 3 runs came from his bat in the last seven matches respectively. What do the selectors think about him? The chief selector also answered such questions. He said, “The BPL is not going well at all. But we should not talk about his performance like this now. It is half of the tournament now. After 95 per cent of the matches, we can assess who’s performance is going where. Still, I will say that all the cricketers are being monitored in the BPL.BCB will evaluate everyone’s performance in time.”

After making his debut in the national team in 2011, Nasir has played 115 matches in three editions of cricket. He has played 19 Tests, 65 ODIs and 31 T20 matches. He did not return to the national team after the ODI series against Sri Lanka in 2018. Meanwhile, Soumya Sarkar made his debut in international cricket on December 1, 2014, against Zimbabwe. He played 10 Tests and 35 ODIs. Soumya was last seen in the Bangladesh jersey at the T20 World Cup in Australia on 14 July 2022.