Is Joy’s international career under threat? 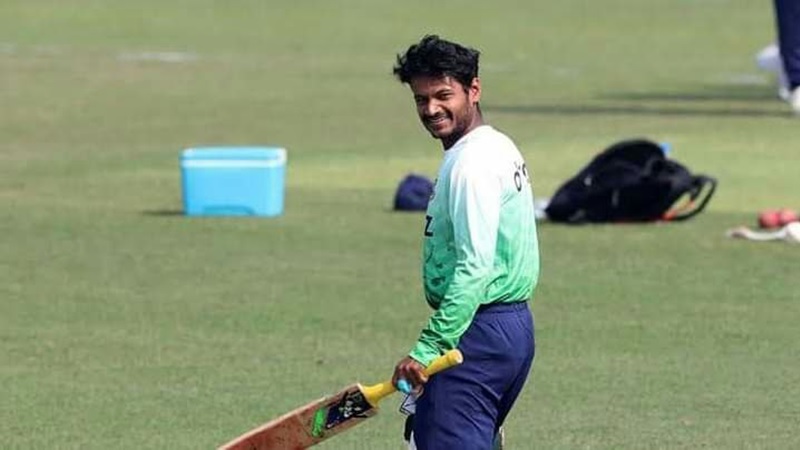 Right-handed batsman Mahmudul Hasan Joy made his home debut against Pakistan in December last year. He could not make his Test debut colourful against Shahin Afridi, Hasan Ali’s bowling prowess. He scored 6 runs in two innings.

Despite not being able to match himself in the first Test, the selectors had high hopes for this cricketer. Under challenging conditions like New Zealand, they handed over the responsibility of opening to Joy, and joy did not disappoint; he played 78 runs in the historic Test-winning match.

After playing such an innings on New Zealand soil, he was the team’s automatic choice against South Africa. He scored centuries on the South Africa tour. However, after playing that 137-run innings in Durban, Joy is looking to find himself. Though he scored a half-century against Sri Lanka at home, no notable innings have come from the opener’s will. The last four innings of Joy were – 0,42,10,13.

Bangladesh Cricket Board President Nazmul Hasan Papon is unhappy with Joy’s performance. According to him, Joy is not mature enough to play at the international level. He said, “How did this boy come here? It’s not the perfect time for him to come here. You tell me, is it time for him to come yet? He faced the ball of Pakistan’s Shaheen Shah Afridi in the first Test!”

Papon added, “He has never played international cricket at this level. Still going to New Zealand, South Africa, and the West Indies. We are sending him in all problematic conditions to open the innings. He is making mistakes, and he still has a lot to learn. There is nothing to talk about him. We have to train him. “

Such a statement of the BCB president about Joy is giving rise to many questions. Joy’s international career was somewhat threatened? Is Joy going to be dropped from the team? Or will the selectors give Joy more time?