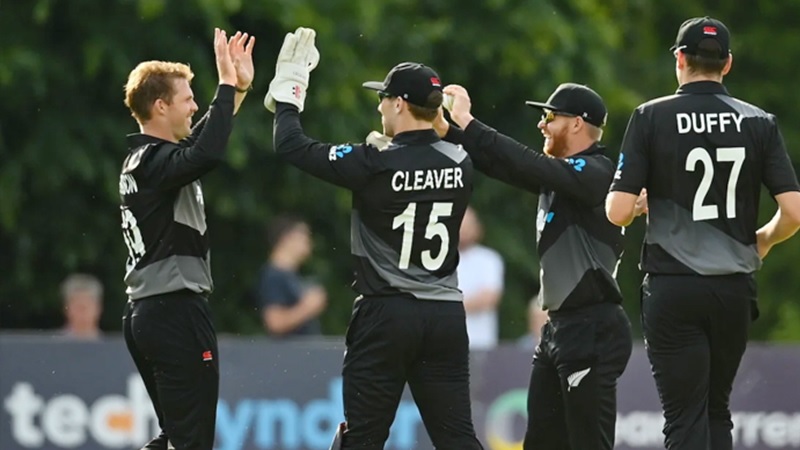 Ireland and New Zealand met in the first of a three-match T20I series at the Civil Service Cricket Club, Belfast on Monday. New Zealand set a low-run target but the Irish could not overcome it.

The New Zealand cricket team started the T20 series against Ireland with an easy win. The Kiwis won by 31 runs after playing twenty-over international cricket, after almost eight months. They won after four consecutive defeats in this format.

New Zealand scored 173 runs for 8 wickets while batting earlier in Belfast, Ireland. First, Finn Allen was caught out by Joshua Little and returned to the dressing room. He scored only 1 run off 7 balls. Then opener Martin Guptill returned with 24 runs off 12 balls. He was caught out by Mark Adair.

Then Daryl Mitchell and Dan Cleaver both got caught out for 5 runs and left the field. James Neesham scored 29 runs off 16 balls. His innings of 29 runs were decorated with 3 fours and 1 six. Then Michael Bracewell left the field. He scored 21 runs off 13 balls. He hit 1 four and 1 six. Apart from this, captain Santner scored 2 runs in 2 balls and Ish Sodhi scored 1 run in 2 balls.

However, the man of the match award went to Glenn Phillips. Phillips scored 69 runs off 52 balls in an unbeaten innings at number four. There were seven fours and one six. New Zealand was able to reach 173 runs depending on his batting. Where there were extra 16 runs.

Josh Little took 4 wickets with 35 runs in 4 overs for Ireland. Another pacer Mark Adair took 2 wickets but wasted 49 runs in 4 overs. George Dockrell and Curtis Campher took one wicket each.

None of the Irish batsmen could play big innings in reply. Ireland were bowled out for 142 in 18.2 overs by Lockie Ferguson’s fiery bowling.

Lorcan Tucker returned to the dressing room with 11 runs off 11 balls. George Dockrell scored 15 runs off 7 balls. Curtis Campher made some effort by scoring 29 runs off 21 balls.

44 runs were needed in the last 4 overs to win. The opponent is New Zealand. A team with good quality batsmen at the end would have at least chased down the win. But Ireland could not. Had 3 wickets in hand. Two pacers Barry McCarthy and Mark Adair on the wicket. Both of them were out in the 17th over. Barry McCarthy scored 7 runs and Adair scored 25 runs. There is nothing that helps to win.

All that was left in the match was New Zealand’s victory. Ireland’s last two batsmen could not match the equation of 41 runs off 18 balls. 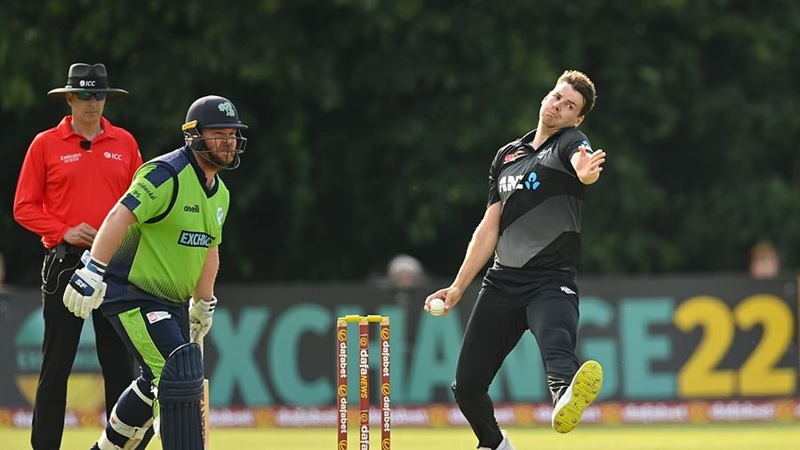