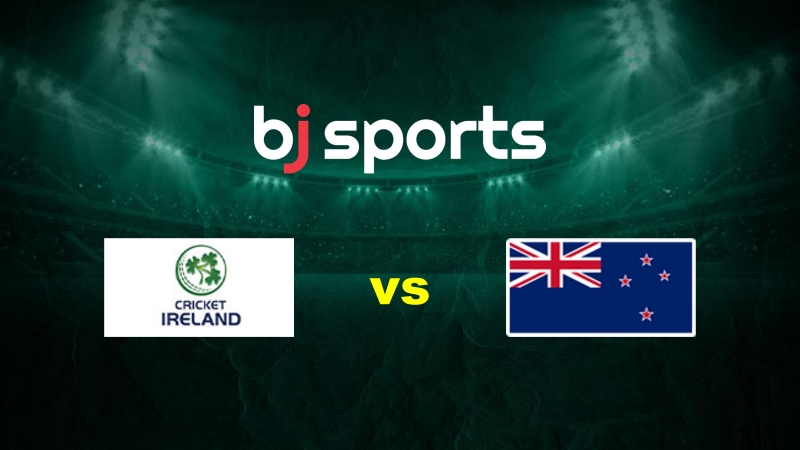 Following an exciting three-match ODI series that the visitors won 3-0, Ireland and New Zealand square off against one other once more in their maiden IT20. Ireland has been competitive despite losing to India in this format and New Zealand in ODIs. The Black Caps will be happy with their ODI results, but they still want to get better. On Monday afternoon, the first IT20 gets started at 16:00 local time in Stormont.

Ireland has struggled in this format against the stronger teams despite being far too excellent for the weaker teams, as they did in earlier versions. They will, nonetheless, think they can benefit from this match.

Daryl Mitchell, who has performed admirably for New Zealand in this format and maintains strong form from the Test series in England, is welcomed back. He might make the difference between a win that is close and one that is easy.

Throughout the course of the game, humidity levels will rise and reach a peak of 70% at the end.

In the last four games played here, teams winning by wide margins batted first. This will be on the minds of the team that wins the toss, and they will aim to bat first and post a huge total.

The ground at Belfast has always been more suited to seam and swing bowling than to spin. Because of the tight confines at this location, we anticipate a high-scoring game.

We anticipate the home team to be very strong in this series after they relentlessly pushed New Zealand in each of the ODIs. They were lucky not to have any injuries or player absences in their most recent IT20 match against India, which they ultimately lost by barely four runs.

The team’s captain for this series will be the spinner Mitchell Santner, who will be in charge of a very seasoned squad. Although some of New Zealand’s biggest stars aren’t on display, similar to the ODI series, the Black Caps still have players in form like Martin Guptill and Lockie Ferguson available.

We predict a thrilling finish to this game and more great entertainment from these two squads. Ireland enters the contest without any victories in recent games, although they have been very close to pulling off an unexpected victory. However, we believe New Zealand will have sufficient strength to prevail once more.