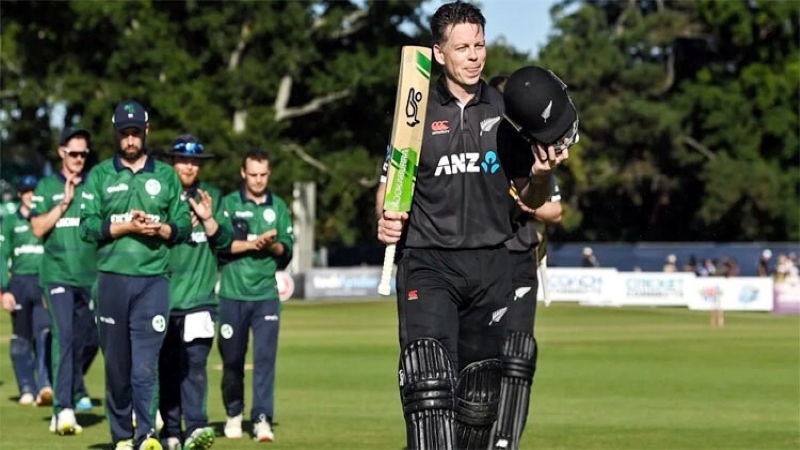 Ireland and New Zealand met in the first of a three-match ODI series in Malahide, Dublin on Sunday. The Irish batted brilliantly and threw a big total in the face of New Zealand, but they did not get the win at the end. In the end, New Zealand chased that huge target and left the field with 1 ball left.

After losing the toss in the first ODI at Malahide in Dublin, the hosts set a huge target of 301 runs for New Zealand. Due to their large capital, the Irish reached the brink of victory. But their misfortune was to lose in the dramatic last over by 1 wicket.

After losing the toss and opting to bat first, Ireland scored 300 runs for the loss of 9 wickets based on the remarkable century of Harry Tector. This is the first century of a 22-year-old Tector. He scored 113 runs off 117 balls. His 113-run innings was sorted with 14 fours and 3 sixes.

Besides him, Curtis Campher scored 43 runs. He hit 5 fours and 1 six in 47 balls. He was bowled out by Glenn Phillips and left the field. Andy McBrine scored 39 runs. He played 58 balls and hit 4 fours and 1 six. Besides, Lorcan Tucker scored 26 runs and Simi Singh scored 30 runs.

Martin Guptill batted well in the top order and scored 51 off 61 balls. His 51-run innings was arranged with 6 fours and 1 six. He was bowled out by Curtis Campher.

In reply, opener Martin Guptill scored 51 runs but the rest of the top order failed. Finn Allen was out for 6, Will Young was out for 1, captain Tom Latham was out for 23 and Henry Nicholls was out for 7 runs.

The 31-year-old Bracewell, who has just started his career in international cricket, was broken the hearts of the gallery-filled audience of Malahaide by his stormy batting.

Which types of stormy batting? It was Bracewell’s fourth ODI after played two tests in New Zealand jersy, including 127 off 82 balls – his first international century, Harry Tector’s first ODI century for Ireland – all of which may not mean in front of Bracewell’s incredible batting.

At that time New Zealand lost 5 wickets for 120 runs. From there the storm of Bracewell began. The end was in the thrill of the last over of the innings.

New Zealand still need 20 runs, with Craig Young gave 54 runs in the previous nine overs. But after five balls all scattered! 4, 4, 6, 4, 6 – storm of Bracewell. It also became a record. New Zealand’s 20 runs in the chase to win is now the highest in the 50th over of the second innings in ODIs. 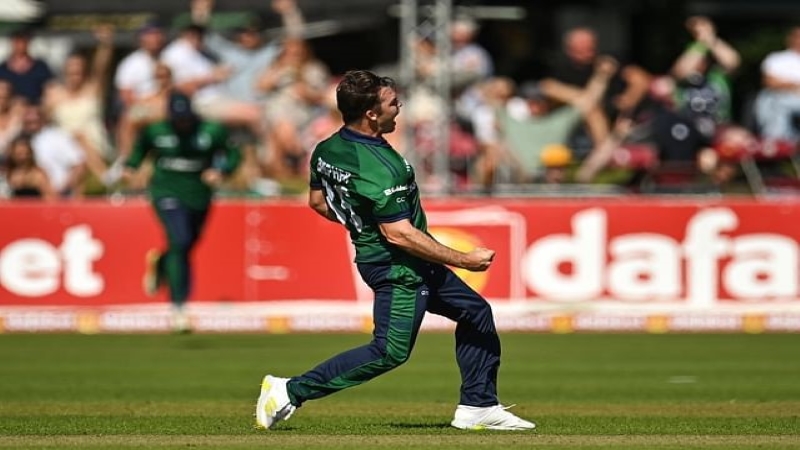