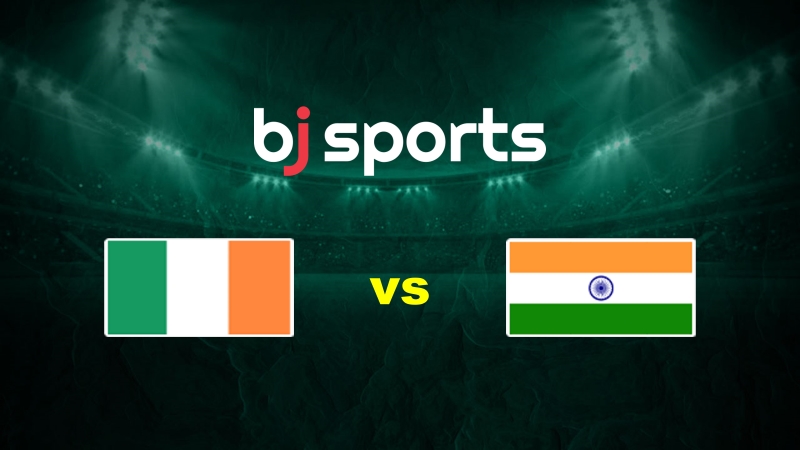 On Tuesday afternoon, Ireland and India will play in the second and final IT20 match. On Sunday, the first game of the series was postponed due to rain and changed to a 12 overs per side contest. With 16 balls remaining, the visitors had a 7-wicket victory.  This event starts at The Village in Malahide around 16:30 local time.

Harry Tector’s batting and Craig Young’s bowling are two things that Ireland may learn from its loss on Sunday. They would think they can exert more pressure on India in a complete 20-over game.

On Sunday, India put on a really excellent display that highlighted the difference in class between the two countries. Their hitters were too potent, and their bowlers were too accurate. In this match, we anticipate the same.

We do not anticipate any delays or overs being lost in this game, despite the fact that it will rain early in the day. No more than 17 degrees will be the temperature.

In the first game, India won the toss and decided to field first. In this game, we anticipate that both teams will want to bat second.

Although a spinner had the best performance in the match, the speed bowlers on Sunday had the most favorable conditions and pitch. With a par score of roughly 185, we anticipate more of the same in this game.

Most commentators were surprised when fast bowler Conor Olphert was given his debut on Sunday. Despite not picking up any wickets, he averaged an excellent nine runs per over, therefore it would be shocking if he were to be left off the team. Ireland will likely keep its starting lineup for this game.

On Sunday, the visitors awarded pace bowler Umran Malik his international debut. We anticipate Malik to stay in the lineup for this game even though his one over cost him 14 runs. India might be tempted to play another pace bowler rather than a spinner on Tuesday, but we anticipate Axar Patel to be selected once more.

India are the favourites to win this match.

Even though a full game between the teams was not to be played on Sunday due to the rain, we were still able to observe how far ahead of Ireland even an under-strength India team is. We anticipate a close game with Ireland putting on some impressive displays, but we are picking India to win again with ease.