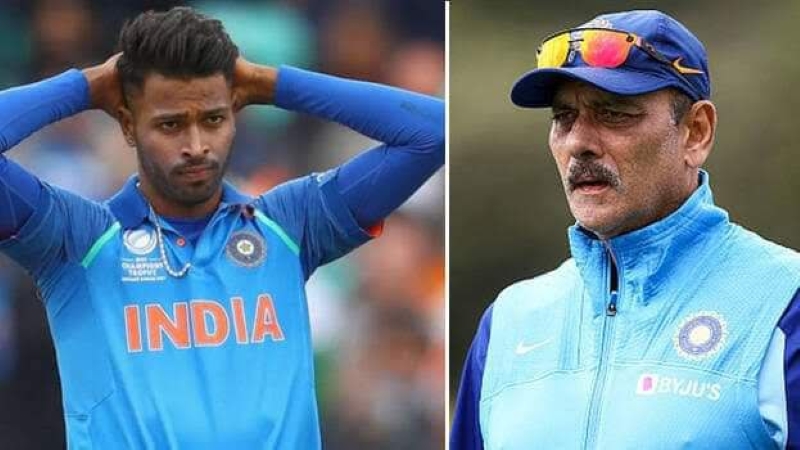 India did not win any ICC trophy during Ravi Shastri’s tenure as coach. But he blamed all-rounder Hardik Pandya for that failure. According to Shastri, India failed to win the World Cup due to lack of a good all-rounder. But Shastri did not blame Hardik’s performance, but his absence.

India has performed extremely poorly in the 2019 ODI World Cup and the 2021 T20 World Cup. Shastri said that he was looking for a good all-rounder in these two tournaments. But Hardik could not play due to injury. That lack has hurt India.

Shastri said, ”I have always wanted someone who would work as a number six bowler and score quick runs in the lower order. Hardik could have done that. But he got injured before the World Cup, which was a big shock. Haven’t found a better all-rounder. That’s why we couldn’t win the World Cup.’

Note that Hardik suffered a back injury during the 2018 Asia Cup. That injury had been bothering him for almost three years. In the absence of Hardik, sometimes the Indian management is forced to play extra batsman, sometimes extra bowler. He did not see the face of success, but the balance of the party was destroyed.

But even though Hardik played in the T20 World Cup 2021, he was not fully fit. The team had to pay the price. After being dropped out from the semi-finals in the 2019 ODI World Cup played under Shastri, India was also knocked out of the group stage in the 2021 World T20 World Cup.