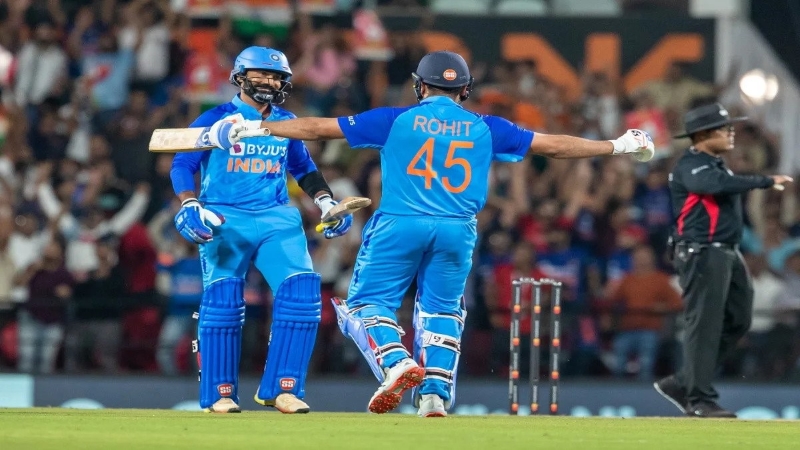 Australia and India met in the 2nd match of the three-match T20 series yesterday. Due to wet outfield after rain, the match could not start on time. When the 20-over match started, it turned into an 8-over match. Batting first in that match, Captain Aaron Finch and Matthew Wade put up a good target in their stormy batting. But chasing that target, India reached the target before the allotted 8 overs were over. As a result, Australia had to leave the field with a loss. With that, India has brought parity in the series. On the other hand, Rohit Sharma got the title of Man of the Match with his excellent batting.

Rohit Sharma’s team defeated Australia by the Duckworth Lewis method in the second T20 of the series in Nagpur with 6 wickets and 4 balls in hand. India won the toss, chose to field first, and sent off Australia to bat. Australia scored 90 runs for 5 wickets in the scheduled 8 overs. Captain Aaron Finch and Cameron Green, who(green) batted brilliantly in the previous match, came to bat first. Due to 8 overs, the two batted at a very fast pace when they came down to bat. But they have to suffer the consequences. Cameron Green had to be caught out after scoring 5 runs off 4 balls. After that, despite the captain on one side, another 2 wickets fell in 1 over from the other side. Glenn Maxwell (0), and Tim David (2 off 3 balls).

Then Captain Aaron Finch and Matthew Wade were on the field for some time, but the captain left the field after the team scored 46 runs. He scored 31 runs off 15 balls before getting out. His innings of 31 runs had 4 fours and 1 six. And in the end, Matthew Wade hit 4 boundaries and 3 sixes in 20 balls and played the unbeaten innings of 43 runs. They reached 90 runs in 8 overs in their innings. Besides, Steven Smith who scored 8 runs in 5 balls got out in the last ball.

The target was 91 runs, in reply Rohit Sharma found a way for India to win. Rohit played an innings of 46 runs off 20 balls with 4 fours and 4 sixes. He left the field after winning the match. Lokesh Rahul scored 10 runs in 6 balls with the help of 1 six and Virat Kohli scored 11 runs in 6 balls along with 2 fours. Besides, Suryakumar Yadav hit a golden duck and Hardik Pandya scored 9 runs off 9 balls with the help of 1 four.

Dinesh Karthik came down at the end and scratched the ball. The Indian wicketkeeper sealed the win by hitting one six and another four off the first two balls of Daniel Sams’ over. In the end, they scored 92 runs with 6 extra runs.

The last match of the series is tomorrow Sunday in Hyderabad. The match changed in an undeclared final due to a 1-1 tie.

Player of the match – Rohit Sharma 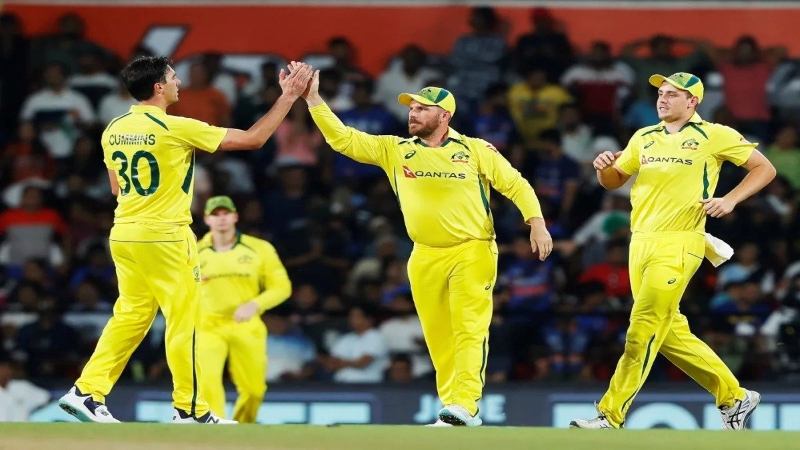