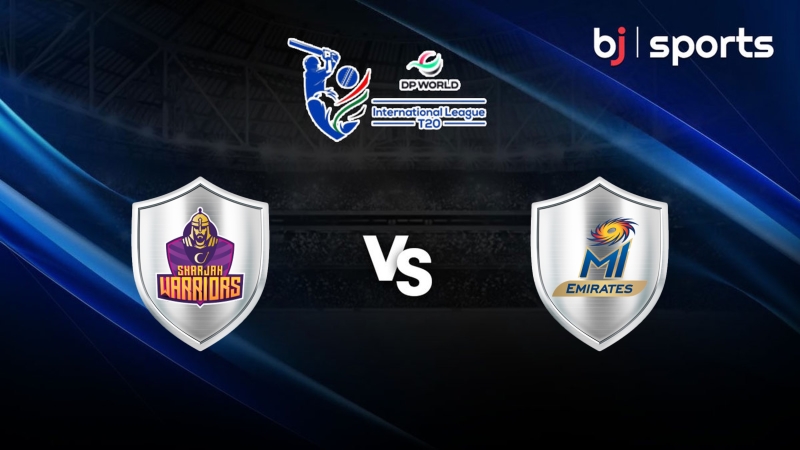 The sixth game of the International League T20 will take place on January 17 at 7:30 PM IST at Sharjah Cricket Stadium and pit Sharjah Warriors against MI Emirates once more. To continue the run, MI Emirates will aim for their second victory of the year. Sharjah Warriors, on the other side, will make all attempts to win this game.

In both of their two games, Sharjah Warriors appeared to be having trouble. Despite losing two games, the club will try to exact retribution in this one. In their most recent match, MI Emirates defeated them by 49 runs. Given that the tournament is still in its early stages, we anticipate them to give this team one last opportunity to establish themselves.

With a convincing victory over the same opponent by a score of 49 runs, MI Emirates got their season off to a strong start. The squad will attempt to deploy the same starting 11 for this game despite having some of the greatest T20 batters and bowlers in their lineup.

During the game, Sharjah will see dry but rather warm weather.

At the Sharjah Cricket Stadium, the team chasing has triumphed in 43 of the 66 games. It follows that the team that wins the toss will undoubtedly choose to field first.

Rahmanullah Gurbaz, Evin Lewis, and Moeen Ali are among the team’s very excellent T20 batsmen, although they have yet to live up to expectations. In the two games they have played, the team’s bowling has not been strong, which has allowed the batsmen to score easily.

In the last game, opener Muhammad Waseem was top-scored with a score of 71 from 39 balls. While captain Kieron Pollard (22* off 13 balls) added the finishing touches, Nicholas Pooran (49 off 30 balls) also impressed. MI Emirates has a number of bowling options. Trent Boult, a Kiwi fast, is their attack’s leader, and Imran Tahir, a seasoned leg-spinner, gives them a dependable wicket-taking option in the middle overs.

MI Emirates is the favorite to win this match.

We anticipate MI Emirates to easily win based on early tournament results. The Sharjah Warriors have some talented batters on their roster, but their bowling unit lacks depth. We predict MI Emirates, a strong team, to easily win this match.