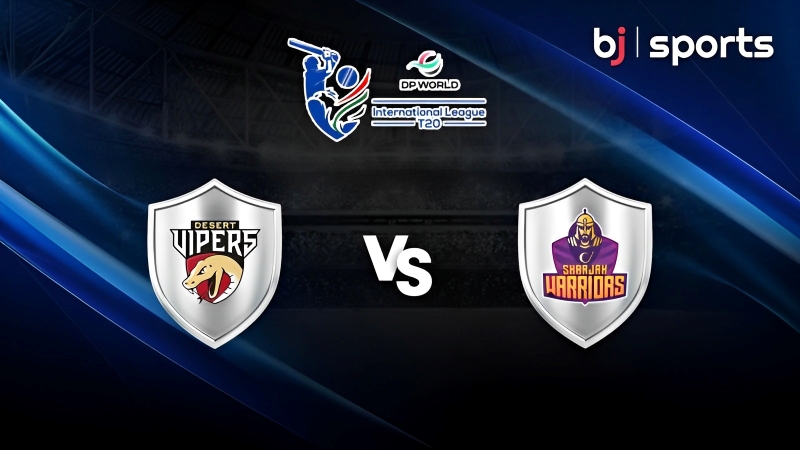 In the fourth ILT20 match, Sharjah Warriors will take against Desert Vipers. The game begins on Sunday, January 15, at 6:00 p.m. local time.

Desert Vipers appears to have a good chance of winning the first ILT20. They have access to some of the top competitors in this game format. This will be their opening game of the 2023 International League T20 season. They will be competing against the Sharjah Warriors, a group that recently lost to MI Emirates by a significant margin.

Chris Woakes, the Warriors’ tail-ender in the last game, showed some grit with the bat by finishing the innings with a top score of 62 runs off 29 balls thanks to nine boundaries and two sixes. Along with Woakes, the opener Rahmanullah Gurbaz also played well, scoring 43 runs off just 31 balls while hitting seven fours. Warriors’ Chris Woakes, who recorded 2 for 23 in his four overs, was their best bowler on show.

In the desert, there is very little chance of rain, so we may anticipate another unbroken game. The weather should be pleasant, and thus far, there doesn’t seem to be any dew.

Both teams will aim to select the winning side, bowl first, and limit the opposition to less than 160 runs. At this place, the first innings typically end with 144 runs or so.

Early on, the surface seems favourable for batting, but as the ball gets softer, it becomes slower. It will be important to adjust to the tempo before playing shots. To feel secure, you need a score of 180.

The backbone of the team’s batting will consist of players like Sherfane Rutherford, Colin Munro, Adam Lyth, and Alex Hales. Among others, Tymal Mills, Benny Howell, and Tom Curran will be responsible for the bowling. 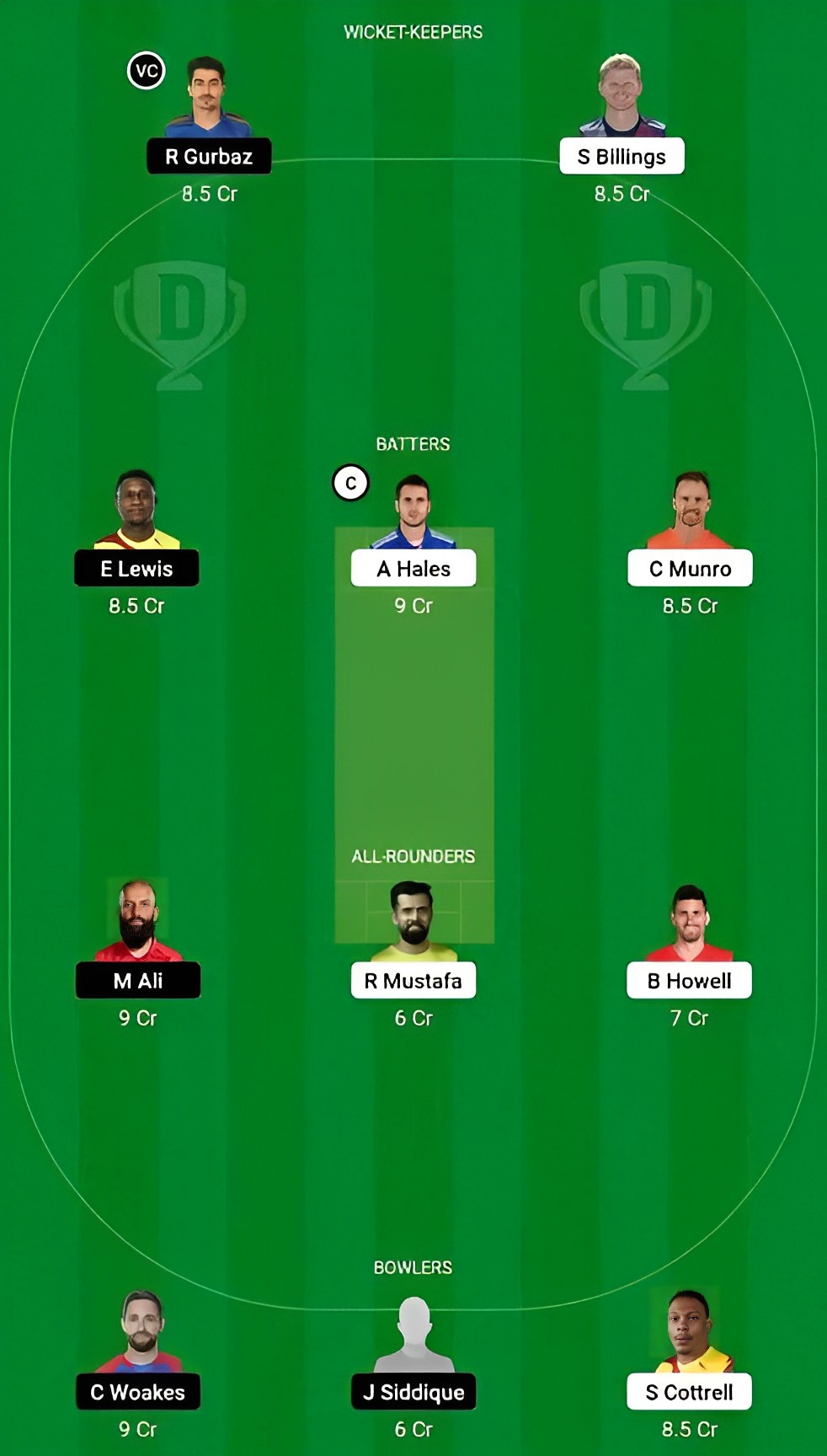 Sharjah Warriors are the favourite to win this match.

It’s challenging to determine a clear winner between the two clubs because they both have excellent players. But Sharjah has guys who are capable of handling spinners, and they also have a very strong bowling attack, so we regard Sharjah Warriors as small favourites.