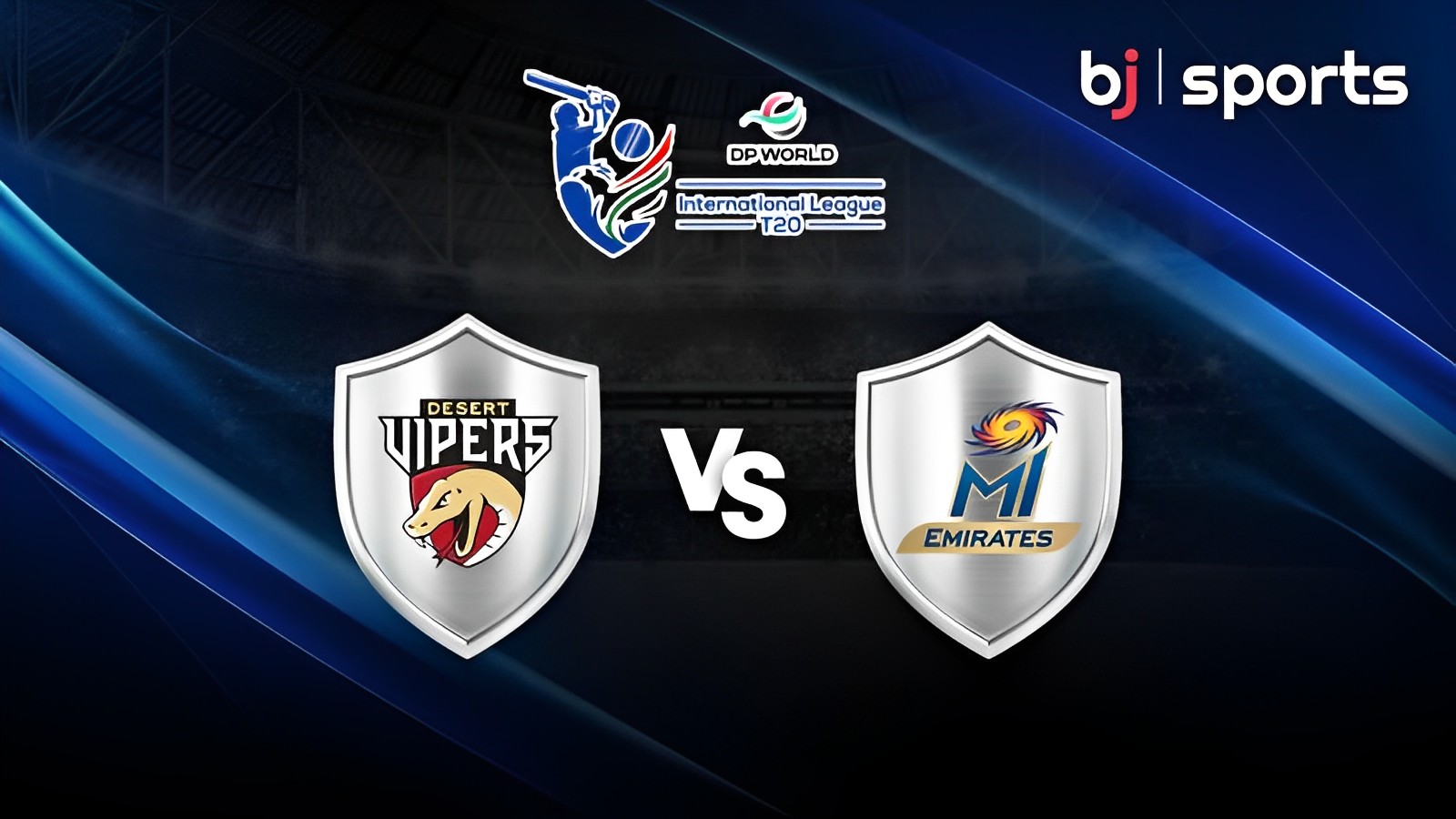 At the Sheikh Zayed Stadium in Abu Dhabi, the Desert Vipers will compete against MI Emirates. On Tuesday, January 24, 2023 ILT20 match 15 gets starts at 18:00 local time.

With a five-wicket loss to Gulf Giants on Sunday, Desert Vipers experienced defeat for the first time in the competition after winning their previous three games. They still hit 195-4 in the game, so they won’t need to make many adjustments before this encounter.

On Sunday, MI Emirates’ three-game winning streak ended, much like it did for their opponents, the Desert Vipers. The Vipers lost to Dubai Capitals by 16 runs in a thrilling game with high scoring in Abu Dhabi, but they get another chance to triumph there in this contest.

The 22-degree Celsius mark will be reached by the temperature. There will be 40 percent humidity.

In the majority of the games so far, the team captains have chosen to bowl first. As the dew may come in later in the day, we anticipate the trend of chasing to continue in this match as well.

The game will be held in Abu Dhabi at the Sheikh Zayed Stadium. With over 400 runs in the game being a distinct possibility on what is likely the best batting pitch in the competition, we anticipate the batters to dominate.

Alex Hales scored 99 runs off 57 balls in their last game, hitting 10 boundaries and 5 sixes. He had excellent help from Colin Munro (38 runs), Sherfane Rutherford (27 runs), and Rohan Mustafa (23 runs) as he formed partnerships. Sheldon Cottrell (2/24) the pacer led their bowling unit but couldn’t assist their team win the game. Wanindu Hasaranga, Tom Curran, and Gus Atkinson each claimed a wicket, but they did not bowl effectively in their allotted overs.

In the last game, MI Emirates scored 206/5 while attempting to score 223 runs. They were having trouble at 26/3 when the powerplay ended. At one end, captain Kieron Pollard (86 runs) led the fightback with his counterattack, while at the other end, Andre Fletcher (37 runs) made effective cameo appearances to keep the scoreboard ticking. In the game, their bowlers allowed the opposition to score 222 runs. Pollard, Zahoor Khan, and Fazalhaq Farooqi each took a wicket but gave up runs at a rate of more than ten runs per over. Trent Boult was the only bowler with stats of 4-0-26-0 who bowled efficiently.

Desert Vipers is the favourite to win this match.

The Vipers and Emirates are still two of the strongest teams in the ILT20, despite the fact that both teams dropped a game for the first time this past weekend. In this match, we anticipate another thrilling game with lots of runs, and we predict that Desert Vipers will victory.