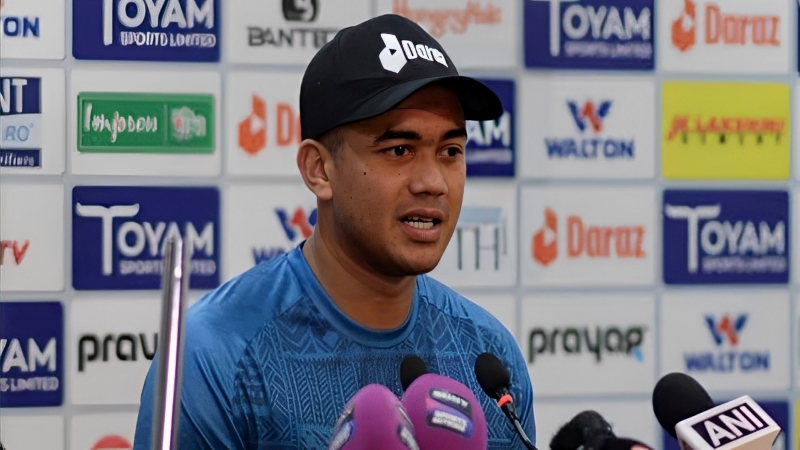 Bangladesh fast bowler Taskin Ahmed’s injury is not leaving behind. Due to injuries, he has to be dropped from the team almost every time. He was injured and could not play in the first Test after two ODIs against India. However, this fast bowler does not want to worry about injuries for now.

Taskin is in the Dhaka Dominators team in the current season of BPL. Last season he played for Sylhet Sunrisers. At that time, he was injured and dropped from the middle of the tournament. The speed star of Team Bangladesh does not want to worry about the injury because he is mentally retarded when he thinks about the injury.

In an interview, Taskin said, “Injury has been the biggest loss in my career. But there’s nothing I can do, I don’t get injured on purpose. Even if I get injured, I don’t think there’s an end to it. I have a lot of games ahead of me. About injuries.” If I think too much, I’m mentally retarded, so I want to think about the game instead of thinking about these things.”

He wants to accept the injury as a part of life and move forward. Taskin said, “Injuries have become a part of life now. I am in good shape now. I feel good after playing two matches, one test in the last series. I always want to be in rhythm, I want to contribute for the team, when I get injured, I lose my rhythm. But fast bowler. “There will be injuries. I have to accept it and play. I have also accepted it. I used to be very worried about these things. Now I want to overcome the injury and move forward.”

Taskin also said, “I always want to give my best on the field. When I come to play, the pressure is on. I have been an icon for the last two years in the BPL. It is the result of my hard work. There will be extra pressure to play well. It is normal in cricket, you have to deal with it. I will try to play well.”

Many people do not call his team Dhaka Dominators favorites on paper in BPL. But Taskin wants to have faith in the team. He also said, “Cricket is a game of uncertainty. Yes, on paper we are a smaller team than many. But we have some homegrown players who are capable of winning matches. And in the 22 yards of the field, anything can happen at any time. Performing on the field is the real thing.”

The main challenge for Taskin now is to improve a little bit on last season “Many of us have performed well in BCL, NCL. Alan Donald has worked with many of us in the India series. Want to do better than last year. If we can improve even 5 percent, it will be great for our career. That is my main challenge now.

In this season of BPL, Dhaka Dominators have taken Taskin on a direct contract. Taskin made his BPL debut in 2013. His team played in the finals that year. But since then he could not play the final in any other season. However, the pace star of Team Bangladesh is expecting to do well if he does not get injured in the current BPL.